As Rich and Poe approach an encampment with Sorsaron and Brawln they reflect on the walk through the waste. It sure was a walk to remember during which Poe met a wandering beauty and fell in love only to have her perish due to a rare medical condition. It was all very sweet and yet devastating. But no need to dwell on the past, time to focus on the future and the task at hand. As they peer down toward the camp they are told that the gamemaster spoke of the goblins within as thieves who stole a magical crown that would help Sorsaron and Brawln escape back to their dimension. “The Crown of Blizarion?” asks Rich and the centaur nods his head, “You’ve also heard of its power? Get it for us and we’ll take you to the school.” Rich and Poe are confused as to why everything feels so familiar and yet slightly different, but agree to the task nonetheless. First off they must ingratiate themselves with the goblins. While Rich wants to mesmerize and bewilder with their chiseled abs and spectacular dance moves, Poe has a different idea. A short time later they bust into camp. “Police!” they shout and the goblins freeze, demanding to know what they’ve done wrong. “How about a little thing called… MURDER!” shouts Rich waving his gun wildly around the crowd. The goblins gasp and implore them to help find the real culprit, for they are innocent. Rich and Poe agree and ask to take a quick look around, particularly in places where people hide things. The goblins sigh with relief, “thank you, officers. What are your names?” At that Rich and Poe look at each other. “Uh… well… this is Officer Chriss and I’m Officer Cross. Officers Chriss and Cross.” That’s right! We’re diving (back) into the world of Alex Cross only seven years after watching Tyler Perry play the character in Alex Cross. This time should be better as we get the precursors Kiss the Girls and Along Came a Spider. Both star Morgan Freeman and had considerably better reviews than the later adaptation, but still bad enough for us. I’m ready for some thrills and/or chills. Let’s go! 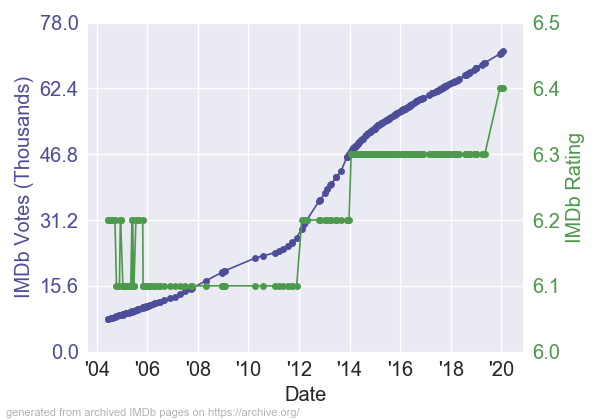 (Actually still quite good. I wouldn’t be surprised if there is a big contingent of people who forgive the film because of Freeman. Even acting in terrible movies he is usually good and elevates the material.)

RogerEbert.com – 2.0 stars – A few loopholes I can forgive. But when a plot is riddled with them, crippled by them, made implausible by them, as in “Along Came a Spider,” I get distracted. … [Y]ou [are] gonna be talking when you come out of this movie! Saying things like “but why . . .” and “if she . . .” and “wouldn’t he . . .” and “how come . . .” as you try to trace your way back through the twisted logic of the plot. Here’s a sample question. Dr. Cross mentions a $12 million ransom and later explains that the person he was talking to should have known it was $10 million but never said anything. And I’m thinking, should that person have even known about the ransom at all? Well, maybe, if . . . but I dunno. There are places in this movie you just can’t get to from other places in this movie.

(Haha, riddled with plotholes. It isn’t what you want with your early-2000s thriller. As he says, if the killer is interesting you forgive a few, but when there are too many it ends up taking all the fun out of figuring things out.)

(Ohhhhhhh snap, I think you can see the aborted ending in the trailer. That scene where the daughter and the parents are hugging by the water isn’t in the film. In the film it all ends at night at a barn. Also, they very much indicate that the President of the United States is involved. He is not, it is the son of the Russian Ambassador.)

Writers – James Patterson (novel) – (Known For: Middle School: The Worst Years of My Life; BMT: Alex Cross; Kiss the Girls; Along Came a Spider; Notes: He apparently came up with the slogan Toys R’ Us Kid.)

Marc Moss (screenplay) – (BMT: Alex Cross; Along Came a Spider; Notes: Was also uncredited on Kiss The Girls doing a continuity check / re-write or something. So he’s been involved in writing all three films.)

Actors – Morgan Freeman – (Known For: The Shawshank Redemption; The Dark Knight; The Dark Knight Rises; Seven; Batman Begins; Unforgiven; Lucy; Oblivion; Deep Impact; Now You See Me; Olympus Has Fallen; War of the Worlds; Million Dollar Baby; Wanted; Going in Style; Robin Hood: Prince of Thieves; RED; Gone Baby Gone; The Lego Movie; Bruce Almighty; Future BMT: Evan Almighty; Just Getting Started; Edison; The Nutcracker and the Four Realms; Eye for an Eye; Chain Reaction; The Contract; Ben-Hur; Momentum; Last Knights; High Crimes; Now You See Me 2; Harry & Son; Feast of Love; Levity; That Was Then… This Is Now; BMT: Conan the Barbarian; Dreamcatcher; The Bonfire of the Vanities; London Has Fallen; Hard Rain; Transcendence; Along Came a Spider; Kiss the Girls; Angel Has Fallen; Notes: He owns a jazz club in Mississippi, and learned to fly at the age of 65.)

Michael Wincott – (Known For: The Count of Monte Cristo; The Crow; Ghost in the Shell; Alien Resurrection; Robin Hood: Prince of Thieves; Treasure Planet; Born on the Fourth of July; Knight of Cups; Dead Man; The Doors; Strange Days; Hitchcock; The Diving Bell and the Butterfly; Basquiat; What Just Happened; Talk Radio; Before Night Falls; Curtains; Seraphim Falls; Forsaken; Future BMT: Metro; The Sicilian; The Three Musketeers; 1492: Conquest of Paradise; Romeo Is Bleeding; BMT: Along Came a Spider; Notes: Is the brother of Jeff Wincott who we’ve seen as Jeff Devreaux in the two Universal Soldier television sequels.)

Monica Potter – (Known For: Saw; The Last House on the Left; Con Air; Without Limits; A Cool, Dry Place; Future BMT: Head Over Heels; Bulletproof; Patch Adams; Martha – Meet Frank, Daniel and Laurence; BMT: Along Came a Spider; Notes: Starred in over 100 episodes of the television show Parenthood, she has mostly focused on television in her later career.)

(Hmmm, I wonder why they felt the need to double the budget. It isn’t like this film is particularly more complex than the first. At least the way they adapted makes it pretty straightforward.)

Rotten Tomatoes – 31% (39/125): Derivative and contains too many implausible situations.

(Wait a second … this one did better review-wise than the first? That doesn’t make much sense. I’ve read Along Came a Spider, it is effectively unadaptable, which means it is either a terrible adaptation, a terrible movie, or both. Reviewer Highlight: Like a paperback plucked from a counter at an airport, Spider is an impulse buy of a film, a time killer that will neither tax your brain nor challenge your memory. – Susan Wloszczyna, USA Today)

Poster – Along Came a Spiderman (B)

(I think this is solid. Although maybe a little too close to their faces. Back it up a bit. Also could have done with some sweet font.)

(That is decidedly mediocre. When did the game even start? What game are we talking about? Is this somehow a continuation of the previous film. This is a very confusing choice… but blessedly short. It’s just a few words away from being an F.)

(This I think is even more straightforward than the serial-killer one. This is basically just showing the trajectory of kidnapping thrillers. And indeed, they have tailed off as VOD absorbed most of the schlock that genre has to offer.)

Notes – When Alex is looking through Jezzie’s computer, there is an article on the Casanova Killer from the previous film, Kiss the Girls (1997).

The ending for the film was re-shot, due to poor test audience reception. (Oh God, I wonder what the original ending could have been)

The film takes place over the course of a few days, but in the novel the story takes place over approximately two years. Also, in the book Alex Cross is 38 years old with two kids, whereas in the film he is in his mid to late fifties.

The film’s title comes from its source novel by James Patterson. The title is taken from a nursery rhyme “Little Miss Muffet”. The early Cross novels were all named after nursery rhymes (Jack and Jill, Pop Goes the Weasel, etc.), while the later ones used Cross’ name in the title, either in a punning context (Cross Fire, Double Cross, etc.) or a matter-of-fact one (The Trial of Alex Cross, The People vs. Alex Cross, etc.) (Huh, I didn’t know that, I kind of like how it splits it up into eras)