Skip to content
Alright, so this week is our SciFi/Fantasy. Super excited for this one as one of the worst films released this year happened to be a Fantasy film based on a book. That is of course Seventh Son. It’s based on a children’s series out of England, which is good cause that means the books are super short. I believe the movie is either set in a made-up kingdom or England (a bit redundant there… slammed), so not adding to the map. For those interested, this weeks BMT hashtag is #SeventhSonDayFunDay (pretty proud of that one). Let’s go!

(The drop feels like it is quite common for film based on written material with fans who will give the film a good review regardless. Fun that it hasn’t moved at all in the past 3 years, suggests it has sustained its level of terribleness and will have a long BMT shelf life. Generated on June 1, 2017.)

Netflix Synopsis – In the 18th century, apprentice exorcist Tom Ward is the lynchpin in a battle between good and evil when imprisoned witch Mother Malkin escapes. This chilling tale is based on the first installment in Joseph Delaney’s “Wardstone Chronicles” trilogy.

(No Leonard Maltin review so I trotted out an oldie but a goodie with the Netflix synopsis. I particularly like this one because of two things: 1. “chilling tale”? This is based on a book series for 10-year-olds. I doubt it’s all that chilling. 2. the book series is not a trilogy. There are 12 of them (they come cheaper by the dozen, you know. Thank you. Thank you). Classic, Netflix. Getting the facts wrong right off the bat.)

(I was going to praise the trailer for not making it look too ridiculous, until the second half went bonkers insane. This honestly looks like garbage. I’m getting a real Dungeons & Dragons/In the Name of the King/Season of the Witch vibe here (god, we watched a lot of those types of movies))

Director(s) – Sergey Bodrov– (Known For: Prisoner of the Mountains; Mongol; East/West. BMT: Seventh Son; Running Free; Nomad. Notes: He actually has a whole mess more movies, but most of them are in Russian. His son was an actor and directed a film before being tragically killed in an avalanche while directing his second film in Russia.)

Charles Leavitt (screenplay) – (Known For: Blood Diamond; K-PAX; The Express; The Mighty; BMT: Seventh Son; The Sunchaser; Notes: His debut was Sunchaser which has one of the funniest posters I’ve ever seen. Look at that tagline too!)

Bwahahahaha. I actually kinda liked it.)

(Not a case where the worldwide makes up for the domestic run. That is atrocious. 113th worst opening for a 2500+ theater release. Right next to BMT films The Marine, 3000 Miles to Graceland, and Winter’s Tale. Good company.)

#80 for the Live Action (Fantasy) genre 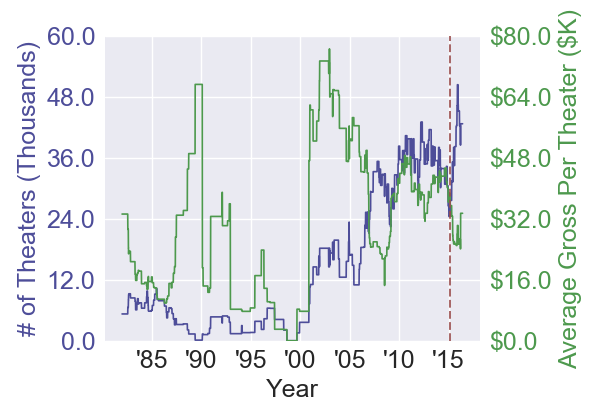 (Oooooo, right when 2000 hit everyone was like, hey, we have lots of cheap CGI … so want to make something that looks ridiculous? This comes in right above Krull. You heard that right, Krull. So … yeah not great. The genre is a booming, and this movie marked the start of the most recent gold rush. Go get your money movie producers.) 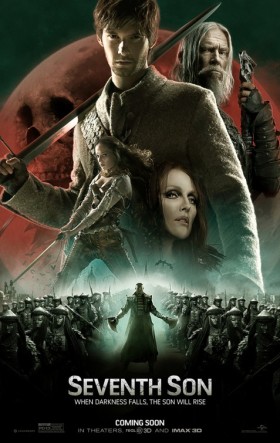 (What a strange poster. I’m not sure what I’m even looking at. A big ol’ red moon looking like Mars with a skull on it. Strange, jarring colors too. I gotta give it some props for being so unique, but still not great and it makes Julianne Moore look like one of the heroes.)

Tagline(s) – When darkness falls, the son will rise (Is there something higher than an A+?)

(Finally, a movie gets it. Puns on puns in tight packages. This tagline is ridiculous, but I love it.)

(Shocked we have seen so few. Not even a little Last Witch Hunter? I guess since we generally avoid hitting up too many terrible horror films we tend to avoid most Witch films.)

Notes – Based on book one of Joseph Delany’ ” The Wardstone chronicles” series, “The Spook’s Apprentice.”

Initially set to be released in theaters in January of 2014 but due to production delays the film was pushed back to 2015 (the full story is that the company in charge of CGI went bankrupt before completing work on the film. The production company had to float them $5 million just to keep them open long enough to finish the work on the film.)

After Alex Pettyfer bowed out from the project, Shiloh Fernandez, Sam Claflin, Caleb Landry Jones and James Frecheville tested for the lead role. (wait… let’s go back to when my boy Alex Pettyfer was in this movie).