Patrick drags himself, broken and bleeding, onto the highway shoulder. His captors would be back, but he just needs a second to think. Just then a dark limousine pulls up and an intimidating figure rolls down the window. “So you escaped. Good,” the man says, chomping down on a cigar, “that makes our lives a little easier. Get in.” Patrick hesitates, but when he looks back up the highway he sees Lost and Found’s truck driving erratically back down the road in search. Hopping in he asks the man who he is and why he was following him. “We have a mutual friend in Nic… Nic Cage,” he says as Patrick’s heart leaps. “He still holds out hope that you two can save the world. I’m not so sure, especially after you so easily fell into Sticks and Stones’ trap. But you don’t let down Nicky. Not in this world… or any other.” Patrick’s blood has run cold… Sticks and Stones… no wonder they seemed so familiar. “You’re with my squad now, so relax,” he finishes as he and his companions load their guns. That’s right! We’re using Anthony Mackie from Runner Runner to go to Gangster Squad starring… everyone basically. It was a classic style-over-substance critique for the film that dropped it into BMT territory and we pounds like BMT tigers going after BMT prey. Let’s go!

Jamie zooms through the air, taking his hanglider to the limit. As he skirts the highest building in New Angeles he sees a figure lean out of one of the windows. Jamie happily waves at him, but stops when he sees the crossbow. His beautiful hanglider takes an arrow her majestic wing and only through the immense power of his biceps and pilot skills is he able to land safely. Steam rises from the street and neon lights flash as his hanglider companion slides out of the mist on a skateboard. Jamie’s heart sinks when he sees the gun in his hand. “Welcome to the future,” the man says, “Where you either fight… or you die.” That’s right! We are pairing the Sean Penn Gangster Squad with the Chris Penn futuristic martial arts (?) film Future Kick. It starred one of the best kickboxers of all time, Don “The Dragon” Wilson, and is about kickboxing robots. Don’t think there’s more to say than that. Let’s go! 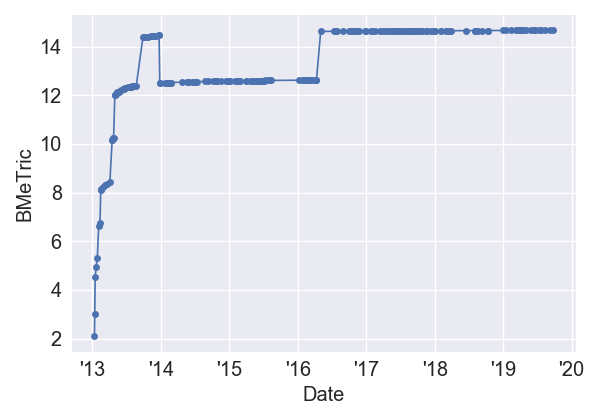 (Ooooo the first one in a while that started really high and is regressing down instead of up. I do know that there are fans of this film, mostly due to the stellar cast.)

Leonard Maltin – 2 stars –  In 1949 L.A., police chief William Parker (Nolte) hires square-jawed WW2 veteran Brolin to assemble an elite team that will work under the radar to bring down ferociously ambitious gangster Mickey Cohen (Penn, in an outlandish performance), who wants to take over California. Garishly colorful but ludicrous, despite a promising start; a comic-book rendering of a fascinating true story as reported by Paul Lieberman in his book of the same name. Worth a glance for Maher Ahma’s stylish production design.

(Well I got my semi-colon so I can’t complain. An absolutely epic review though which honestly mostly just describes the film? Like, the actual review boils down to: Penn is crazy, the film is ludicrous, but worth a watch just for the production design alone.)

(I AM THE FUTURE! It does look very stylish, and I like the song. But it also looks a little too badass for its own good. Showing the true story of taking down crooks using their own criminal ways is one thing … but this is arguable the glorification of extrajudicial punishment which is a whole other thing. But we’ll see.)

Directors – Ruben Fleischer – (Known For: Zombieland; 30 Minutes or Less; Future BMT: Venom; BMT: Gangster Squad; Notes: Is married to Emma Stone’s publicist, Emma Stone introduced them. They got married in 2012, so all of that definitely happened prior to Fleischer presumably casting Stone in this film.)

Writers – Will Beall (written by) – (Known For: Aquaman; BMT: Gangster Squad; Notes: Was a story editor for Castle for years, and then developed the Training Day show as well. He is tapped to write the up coming Conan sequel starring Schwarzeneggar.)

Paul Lieberman (book) – (BMT: Gangster Squad; Notes: He wrote for the Los Angeles Times for 24 years, which is where he researched and wrote the book the movie is based on.)

Ryan Gosling – (Known For: Blade Runner 2049; The Big Short; First Man; Remember the Titans; La La Land; The Notebook; Drive; The Nice Guys; Crazy, Stupid, Love.; Blue Valentine; The Place Beyond the Pines; The Ides of March; Fracture; Only God Forgives; Song to Song; Lars and the Real Girl; Half Nelson; The Believer; The Slaughter Rule; Future BMT: Murder by Numbers; All Good Things; Stay; BMT: Gangster Squad; Notes: Was a child actor, primarily with Beaker High and Young Hercules, and has been nominated for two oscars.)

(Not good, although that isn’t that far off from the budget for Rambo 4 and the eventual gross, and for some reason Stallone places $100 million worldwide as the market for the success of a “small-ish” film. So maybe this is a success … less opportunity for product placement in a period piece though.)

#24 for the Crime Time genre

(Weirdly of the now six crime films we watched, this is the highest grossing. This came right at the peak of the post-2008 financial collapse boom in crime based films. You can discuss the psychology of that trend amongst yourselves.)

#9 for the True Crime genre

(The first true crime film we’ve watched. Other potential options: The Black Dahlia, Texas Killing Fields, King of Thieves, and Wonderland (2003). We could just polish those right off.)

(Stylish seems to be the name of the game here. And I knew it! Excessive amounts of violence is code for “I feel uncomfortably with how they seem to be glorifying extrajudicial punishments here.” Dollars to donuts.) 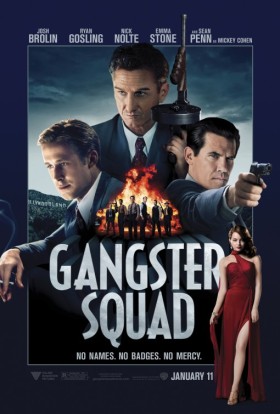 (This is checking off a lot of boxes for font, spacing, and look. A little too stylish for its own good maybe and dark in tone, but I think they are doing an homage to an era of film I’m probably not knowledgeable enough about to really appreciate. Still good though.)

(Uhhhhhh, yah. This is what I want. All day every day give me that clear, concise, and clever tagline with flow for days. This is pretty much perfect.)

(I’ve actually seen Machete Kills, it is awful. I think I watched it outside of BMT for the Razzies or something. We’ll finish these up at some point )

Notes – In the movie, the Gangster Squad is assembled to go after Mickey Cohen. However, in real life Chief W.H. Parker set up the squad to prevent other gangsters from taking over Cohen’s rackets after Cohen went to prison on income tax evasion. Whenever the squad learned that out-of-town gangsters were coming to Los Angeles to try to set up new operations, the Gangster Squad would kidnap them, beat them up (some rumors say torture) and then send them back to wherever they came from with the warning that if they ever returned, they would be killed. (Fun facts)

There are two surviving members of the original gangster squad, and they, along with relatives of the deceased members, came to visit the set.

De’aundre Bonds’ first film role in ten years. He served ten years in prison for manslaughter. (There is no additional information about the killing, but good for him, seems to still be acting a bit)

Two of the reasons Ryan Gosling decided to make the movie was because he wanted to act in a scene with Sean Penn and shoot a Tommy gun. He was disappointed when he found out he didn’t have any scenes with Sean Penn. (I guess that means he shoots a Tommy gun)

Nick Nolte, who portrays Chief W.H. Parker, previously played the leader of the gangster squad in Mulholland Falls (1996). (WHAT)

Robert Patrick lost 30 pounds for the part, in order to look more like a “cowboy”. (Weird, but okay)

The big nightclub in the film was originally an old furniture store that was converted. Bellflower, CA–where this was shot–was hit hard by the 2007 recession, and the production company was able to take over a main street in the city and turn it into period Los Angeles.

The film is based on a series of L.A. Times articles that were turned into a book written by Paul Lieberman. He turned those stories into a book..

Ryan Gosling’s character makes a joke where he pretends that the only famous Mickey he has heard of is Mickey Mouse. As a child, Gosling starred in MMC (1989). (Huh, I wouldn’t have caught that)

Ryan Gosling agreed to join the film in exchange for the studio financing his directorial debut Lost River. (B-b-b-b-b-b-ut I thought he wanted to shoot a Tommy gun!)

Nick Nolte portrays Police Chief W.H. Parker. The real W.H. Parker was in his mid-40’s during the time this movie is set. Nick Nolte was 71 years old when the film was released. (He also sounds like he has smoked all of the cigarettes in the world)

The screenplay for this film was featured in the 2010 Blacklist; a list of the “most liked” unmade scripts of the year.

The movie culminates in a giant shootout at the hotel in which dozens of gangsters are mowed down by Tommy guns. The leader of the squad, Jack O’Mara (Josh Brolin) assaults Mickey Cohen (Sean Penn) and arrests him for murder. In real life, Mickey Cohen was arrested for tax evasion. Also, by the time Cohen was imprisoned in 1961, the real Jack O’Mara was retired and watched the trial as a civilian.