This would have been the closing week of the Bring a Friend cycle but the Barometric Macroclimate Targeting satellites Patrick and I sent into orbit last year malfunctioned and blew in a GEEOOOOOSSTTTOOORRRRMMMMM. That’s right! As was foretold on an ancient Egyptian scroll, we are indeed watching the much anticipated Geostorm for the final BMT Live! of 2017. The movie was delayed, reshot, and delayed some more to the point where I honestly didn’t actually believe they were releasing the film. Boy was I wrong! They released it all right and it was glorious. Garnering 15% on RT (and still only the third worst reviewed wide release of the week thanks to The Snowman and Tyler Perry’s Boo 2! A Madea Halloween), it got us to where we were needed to be and capped off a particularly fruitful year of BMT Live! with Fifty Shades Darker, The Mummy, Flatliners, and now Geostorm. Get excited. Let’s go! 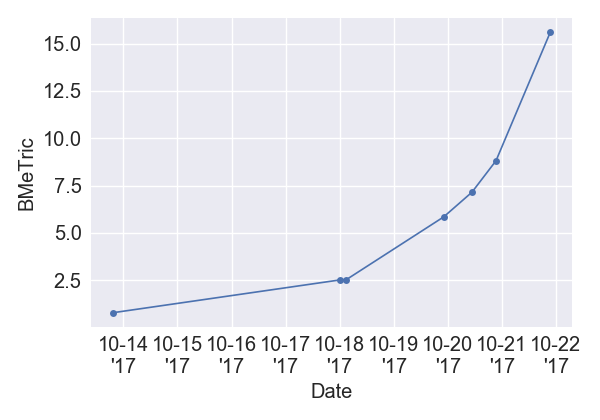 (Haaaaa. I usually don’t put up these plots for films that just came out, but this one was too good. Opens inexplicably at 7.0 on IMDb and then (wait for it …) drops like a goddamned stone. It is below 6.0 as of writing, although I won’t update the plot, so this should be a solid 30+ pretty easily even before people see it on VOD. Great stuff.)

AV Club – D+ –  In the tradition of KFC’s Famous Bowl—famously described by Patton Oswalt as “a failure pile”—comes Geostorm, which attempts to be every possible apocalyptic weather-based disaster movie at once.

(Hmmmm, an interesting take. The story does seem like a kind of mish-mash of disaster film / conspiracy thriller / action film. That did kind of throw me when I first heard of this film. The plot just sounds like the mix of four different terrible films.)

(After a chilly reception to a first trailer if I recall they went all in with the second. It does look fun if you can look past a questionable choice in music and a dire closing one-liner. “Marry her!” was a major criticism on the net (as the kids call it), and it turned out to be more reflective of this movie than this relatively fun trailer is overall.)

Directors – Dean Devlin – (BMT: Geostorm; Razzie Notes: Nominated for Worst Screenplay in 1999 for Godzilla; and in 2017 for Independence Day: Resurgence; and Nominated for Worst Written Film Grossing Over $100 Million for Independence Day in 1997; Notes: Mainly a producer and writer (see below), but he’s slowly been taking on more directing projects. Some minor TV Movies, and four episodes of the Librarian television series which he produces.)

Paul Guyot (written by) – (BMT: Geostorm; Notes: Primarily a television writer he wrote seven episodes of Librarians. Devlin is, as I said, heavily involved with the Librarian television movies and series concerning the character of Flynn Carsen, and Indiana Jones-esque protector of ancient artifacts. I will likely never see any of them.)

Actors – Gerard Butler – (Known For: 300; RocknRolla; Olympus Has Fallen; How to Train Your Dragon; How to Train Your Dragon 2; Reign of Fire; Tomorrow Never Dies; Mrs Brown; Coriolanus; Nim’s Island; Beowulf & Grendel; Dear Frankie; Harrison’s Flowers; The Cherry Orchard; Future BMT: Dracula 2001; Lara Croft Tomb Raider: The Cradle of Life; Tale of the Mummy; The Ugly Truth; Machine Gun Preacher; The Game of Their Lives; A Family Man; BMT: Movie 43; Gods of Egypt; The Bounty Hunter; Timeline; Gamer; Playing for Keeps; London Has Fallen; Geostorm; Razzie Notes: Nominated for Worst Actor in 2011 for The Bounty Hunter; and in 2017 for Gods of Egypt, and London Has Fallen; and Nominated for Worst Screen Couple/Worst Screen Ensemble for The Bounty Hunter in 2011; Notes: Scottish, but often plays Americans with vaguely Scottish accents. He has a law degree, but was fired a week before being able to practice. Plenty of BMTs to go for this BMT All Star.)

Jim Sturgess – (Known For: Cloud Atlas; Deception; The Other Boleyn Girl; Across the Universe; Eliza Graves; The Way Back; Legend of the Guardians: The Owls of Ga’Hoole; Spike Island; Fifty Dead Men Walking; Heartless; Mouth to Mouth; The Browning Version; Future BMT: Kidnapping Freddy Heineken; Upside Down; 21; Electric Slide; Crossing Over; BMT: Geostorm; Notes: Awarded the Worst Haircut in Hollywood Award (joking, but his hair does look particularly weird in this film). Was mainly a musician from around 2000 to 2005 in bands like Saint Faith and Dilated Spies, but re-broke into acting as Jude in Across the Universe.)

(Unless it turns out China loooooves disaster movies (audiences there might actually) this will not even break even in the gross-equals-budget kind of way. It’ll float to something like $80 million. Turns out the biggest disaster was … this movie’s box office returns (ayoooooo))

(Blah, not a very informative consensus. But the reviews are shockingly bad. This movie should be a prime good-for-what-it-is, and yet people just trashed it. There is some hope in the world!) 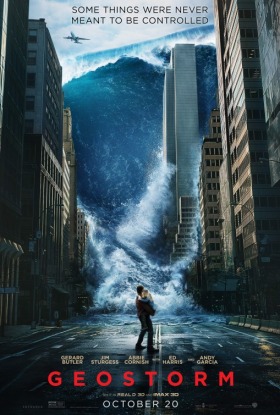 (Basically a poster that lives up to the film. Boring, terrible font, and nothing consistent to tie it together. It does tell a story, so that’s a minor plus.)

Tagline(s) – Some Things Were Never Meant to Be Controlled (C)

(Not clever enough to make up for the length. Combined with the poster it does tell a nice concise story on what to expect. All around meh for both poster and tagline, which is disappointing. Feel like they could have gone crazy with it.)

(HA. Stealth is definitely a malfunction. The only other one I think that will really be on the radar is The Apparition, and borderline Surrogates. That film was barely BMT though.)

Notes – The film underwent re-shoots under the auspices of Jerry Bruckheimer, who was brought in in a producer capacity at a very late stage. Reportedly, these extensive re-shoots, featuring new material written by Laeta Kalogridis, were helmed by ” CSI ” alumnus Danny Cannon over a two week period at a cost of $15m. (Not worth it)

Noted by several cast and crew (even the film’s extras) as being the movie where producer and lead star Gerard Butler kept forgetting all his lines. (hahahahah)

Some NASA scenes were filmed at NASA Facility in New Orleans.

Dean Devlin’s feature directorial debut. (could it be a one and done?! Prob not, he already has another film slated for next year)

The film was set for March 25, 2016 release, But later in August 2014, Warner cancelled the March 2016 date for the film, and replaced the film Batman v Superman: Dawn of Justice (2016) with its original date. On December 11, 2014, WB shifted its live-action animated film Jungle Book: Origins to 2017 and gave its previous date October 21, 2016 to Geostorm. In September 2015, the studio again moved back the film to release on January 13, 2017. It has once again been rescheduled to an October 20, 2017 release date per its trailer on the Kong Skull Island Dvd. (Jesus Christ, that is a delay)

Originally set up at Paramount, but moved to Warner Bros. (Not a super great sign, as if companies didn’t really think it was going to make money)

Skydance’s 2nd project not released by Paramount. Instead, Warner Bros. Pictures will produce the film.

A game under the same name was released by developer Sticky Studios, which was featured by Apple. It keeps the same premise but follows an alternative plot where three people gather data on Earth to locate a rogue satellite. The game is a turn-based puzzler and generally has very positive reviews. (Huh … I might actually check that out)