As we officially enter the first cycle of 2018 we will still collect several of the major BMT releases of 2017 that we missed along the way. With that in mind the comedy entry for the cycle was notable for two reasons: it was somehow not the only tongue-in-cheek adaptation of a classic television show released in 2017 (Baywatch being the other) and it had our least favorite trailer of the entire year. That’s right! We’re finally watching CHIPS, based on the television CHiPs, about a couple of bumbling highway cops taking down some baddies while also panicking about their own sexuality. At least that’s what I gathered from the trailer. I’m not looking forward to this. Let’s go! 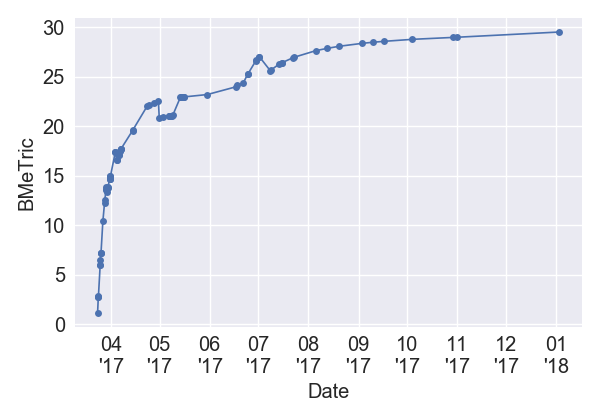 (Perfect theater-VOD sequence there, complete with matching regression to the mean. Looks like the rating has settled though. 6.0 seems high to me, but what do I know?)

RogerEbert.com – 0.5 stars –  The action comedy “CHiPS” is a buddy film about overcompensating characters that seems to have also been made by overcompensating comedians, often devolving into the same chauvinism and homophobia that star/writer/director Dax Shepard half-heartedly mocks.

(Oh yeah. Wait until you see the trailer. There hasn’t been this much gay panic since we watched The Medallion. There is a fine line between making light of things and reinforcing things. You have to be quite good to pull it off these days.)

(Oh boy. Just as I remember it. Not one, but TWO different gay panic scenes where Peña’s character cannot handle the thought of getting close to Dax in his underwear. And how did they both end up up the trailer? You’re trying to put your best foot forward… for the love of God tell me this isn’t your best foot. I might have to shut this whole thing down if your other foot is worse.)

Directors – Dax Shepard – (Known For: Hit and Run; BMT: CHIPS; Notes: Mainly an actor, he started doing smaller directing roles more recently, including an episode of Parenthood which he starred in.)

Writers – Rick Rosner (based on the television series created by) – (BMT: CHIPS; Notes: One of the creators of the original television series. Not much about him. Doesn’t help that he shares a name with another Rick Rosner who is … kind of a lunatic. I haven’t listened to the podcast, but the synopsis gives a decent argument for his lunacy.)

Dax Shepard (written by) – (Known For: Hit and Run; BMT: CHIPS; Notes: He is writing a … reboot (?) of the Scooby-Doo movies set to 2020. Also set to direct it would seem. Not sure how the performance of this film affects that.)

Actors – Michael Peña – (Known For: The LEGO Ninjago Movie; Fury; The Martian; Ant-Man; End of Watch; American Hustle; My Little Pony: The Movie; Million Dollar Baby; Shooter; Crash; Babel; Turbo; War on Everyone; Tower Heist; The Lincoln Lawyer; Everything Must Go; 30 Minutes or Less; Observe and Report; The Good Doctor; World Trade Center; Future BMT: The Vatican Tapes; Vacation; Lions for Lambs; The Calcium Kid; Gone in Sixty Seconds; Gangster Squad; Collateral Beauty; BMT: Battle Los Angeles; CHIPS; Notes: He’s struck it big recently with Ant-Man and American Hustle, but he’s been around since the mid-90s doing television work. One of his first gigs was on Homicide, the show that is a kind of precursor to The Wire and introduced the world to John Munch (played by Richard Belzer) who has apparently appeared in 10 different shows!)

Dax Shepard – (Known For: Zathura: A Space Adventure; Idiocracy; This Is Where I Leave You; The Judge; Veronica Mars; Hit and Run; Baby Mama; The Freebie; Future BMT: The Comebacks; The Boss; Employee of the Month; Without a Paddle; Smother; Let’s Go to Prison; BMT: Old Dogs; When in Rome; Cheaper by the Dozen; CHIPS; Notes: Trained with The Groundlings and after 8 years of auditioning got his first paid role on Punk’d.)

(Wow, colossal bomb. Not surprising. Have to be honest, not too worried about 80s TV remakes being abandoned. Some can be fun, but most just seem to be … sad.)

#68 for the Action – Buddy Comedy genre

(Oooooooo do these come in waves. Tango & Cash, Another 48 Hrs., The Tuxedo, RIPD, among many many others. The respite was brief it seems with CHIPS, Baywatch and The Hitman’s Bodyguard all coming out this year.) 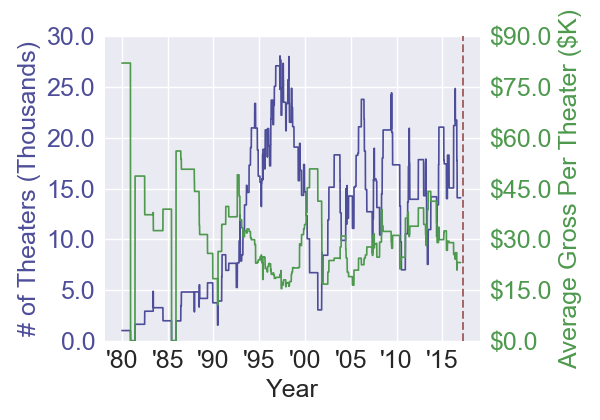 (This movie ended up near Flipper … Flipper! Joins Beverly Hillbillies, Baywatch, and The Avengers are least among BMT films. The genre had its heyday in the 90s, but still, against all odds, is super strong throughout this century. Seems like this might reverse though with the recent strong tv trend, a good movie ends up building its universe out on the small screen with a television adaptation. A Lord of the Rings adaptation is already in the works.)

Rotten Tomatoes – 17% (18/103): CHiPS abandons the endearing innocence of its source material, using the titular cop show’s premise as a setup for aggressively lowbrow gags that prove only mildly arresting at best.

(Alright … People need to decide how CHiPs is spelled. I feel like it is spelled like the show, but the poster clearly writes the entire title with capital letters, and RogerEbert.com and many critics leave the S capitalized? Oh the consensus, yeah, this seems unpleasantly low-brow.) 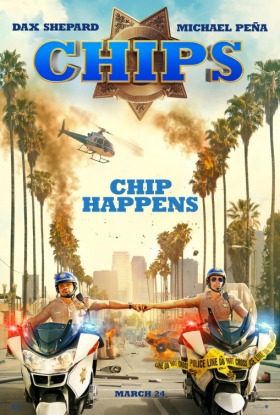 (Have to give some props to that font. My God, it’s beautiful. Symmetry is good and color just barely adequate. Other than that there is way too much going on. Tough on the eyes. This could have been amazing if you just kept it simple, CHIPS.)

(This is actually making me feel a little sick… what did I do to deserve this CHIPS? It’s like they knew I would have to look at it and wanted to hurt me. Well whatever it is I did, I’m sorry. OK? Sorry for all of us.)

(Dr. T & the Women doesn’t actually qualify. We’ve also weirdly seen Hot Tub Time Machine 2 and The Canyons. We used to watch a lot more bad movies in our free time … I don’t think either deserves a rewatch to be honest.)

Notes – Dax Shepard did most of his own stunts, including the stoppie during the training test.

After the trailer debuted, a rumor stated that Erik Estrada, star of the original CHiPs (1977), blasted the trailer as “pure trash”. Estrada later tweeted he never said that, and said, “Just watched the CHIPS trailer and laughed. Dax Shepard and Michael Peña are great. Cool stunts too.” (Ugh. With something like this the former stars saying it is good or bad isn’t really saying anything. Like … he’s in the movie! Why would he shit on it?)

Dax Shepard originally envisioned the film to be a big budget take with a PG-13 rating but due to budget cuts after signing on, he chose to make the film with an R-rating. (So … cheap nudity and cursing?)

In real life, Dax Shepard and Kristen Bell are married with kids. (Duh. We all know and love their Samsung commercials, obvs.)

On the second day of filming, Dax Shepard performed his nude scene, when Ponch throws him in the bathtub (his genitalia was censored). (Second day seems a bit early)

Erik Estrada: The actor who played Ponch in the TV show appears here as the paramedic who treats Ponch and Jon in the final scene.