So this week (last week?) we are ending our beloved Now a Major Motion Picture cycle. Alas, it was probably our favorite cycle we’ve ever done, so we are still working out how to keep it around in some form. In the meantime, though, we are transitioning to the last ever mapl.de.map cycle! OMG, OMG! It’s true, we only have 8 states left and we are cycling down. With 9 spots in the cycle available we get to fill up the map and replace a state we didn’t like with an extra special movie (oh, you’ll see). We are starting the cycle off as always with the Scattegories category which requires a a film that covers both the based-on-a-book and map cycles. It is a film set in the very, very difficult to obtain South Dakota. I would say that this turned out to be the most difficult state we had to fill, except that it was really only hard to fill because we had already watched the only other film that qualified for the honor. I’m of course talking about Son-in-law starring Pauly Shore. With that off the table, there was only one choice left and it kept me and Patrick awake at nights thinking on whether we truly had to use such a borderline case for the map. In the end, we had no other choice. So for South Dakota we have Wild Bill starring Jeff Bridges. It’s based on Deadwood by Peter Dexter along with a play called Fathers and Sons by Thomas Babe. Here’s the map with our new addition. Let’s go! 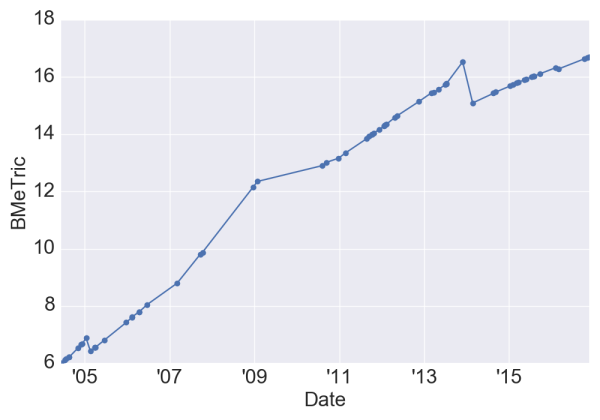 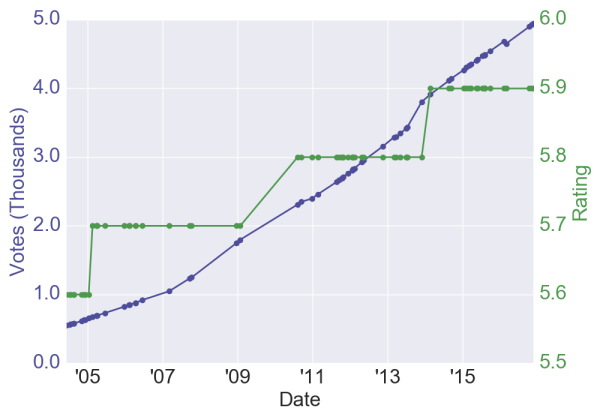 (Sigh. So yeah, when we watched this film it was borderline qualifying. If I recall correctly it was literally 40% on rotten tomatoes with a question as to whether a few of the reviews were repeated and/or legit. Well now it is definitely non-qualifying. But there wasn’t anything to be done at the time, it was the only film for South Dakota (still is as far as I can tell … Mercury Rising qualifies, but only the opening is in South Dakota). With a steadily increasing IMDb score that can either be regression to the mean or the fact that the film is legitimately considered somewhat of a cult classic. I’ll repeat: sigh.)

Leonard Maltin – 2 stars – Odd revisionist take on Wild Bill Hickok, told in episodic form that creates creates distance from – rather than understanding of – the legendary hellraiser of the Old West. The title of the film should really be THE ASSASSINATION OF WILD BILL, because that’s what it’s all about. There are those opium dreams to break the monotony… Barkin is fun as Calamity Jane, but other characters are superficially drawn at best.

(Leonard should read up on the films. Obviously this was revisionist, it was based on a revisionist play and revisionist novel. Also, super surprising that Leonard is recommending alternate titles for films. I thought me and Patrick were the only ones into that.)

(Ever since we had this movie on the horizon I’ve marveled at the trailer. It’s crazy. The black-and-white hallucinogenic dream sequence-type scenes in particular give me hope that this film we turn out to a be a legit BMT film. Also, David Arquette always helps.)

Also credits Peter Dexter and Thomas Babe who wrote the novel and play that the screenplay was based on.

(Ridiculously gigantic bomb. Probably the strongest reason why this film should be considered BMT worthy. It currently has the 95th worst opening for a wide release (600+ theaters) coming in right behind the classic Mom and Dad Save the World.)

#54 for the Western genre

(Ooof, right around Heaven’s Gate which has been heralded as somewhat career ending for those involved. The reported budgets aren’t much different even, although Wild Bill came out 10 years later. Cool graph though. People lament the collapse of the genre, and this movie came literally at the end of its gloriously profitable run in the 90’s. Interestingly enough as far as screens are concerned westerns surpassed than peak about 5 years ago. The profitability is probably not there though. Would depend on the budgets I guess. I would guess that in the future VOD releases will include some indie westerns though, they tend to get a solid cult following rather quickly (see Bone Tomahawk).)

(And this is the biggest reason why it shouldn’t have been a BMT film. We really tossed and turned over this one. We usually use a pretty strict 40% or lower cutoff for RT scores, and usually when we’ve ventured over that (or couldn’t use the RT score cause the movie is too old) it’s because the film is notably reviled and gained a cult following which boosted the score. Upon investigation, though, this seemed to pretty well earn that 40%. Basically, it was considered not great but not horrible. One thing I will say in defense of this selection is that there were actually 8 uncounted reviews on RT. I found that 2 were good and 6 were bad in my own assessment. This would have put the score at 37% for a respectable 30 RT reviews. It counts!)

(Love the poster. Aesthetically pleasing to look at and nice color scheme. Only weird thing they do is put a tagline at the top and then another one right below the title. Confusing. Makes it look like the movie is actually called Wild Bill: Take a Walk on the Wild Side. Which would be the worst title in cinematic history.)

(The first is hurting my brain. Why is this the tagline to your film about a legend dying? Not clever either. Despite sounding and looking like a tagline it is a terrible tagline. The second one is actually a little better, which is shocking cause I hated it when I first read it. At least it’s a bit clever in playing on a common phrase.)

(Wow, what the hell is Tell Your Children? Oh, haha, Reefer Madness, got it, funny. The rest of this list is bonkers. Crazy Seagal films, and like Emmanuelle. Just insane. Would truly be a ridiculous list to “complete”. Doable, only 11 films have a BMeTric over 20.)

Notes – More than 30 years earlier, the part of Wild Bill Hickok was played by Jeff Bridges’ father, Lloyd Bridges, in a 1964 episode of the television series “The Great Adventure” (1963). (great trivia)