RogerEbert.com – 1.5 stars – The screenplay by Kim Barker requires Bullock to behave in an essentially disturbing way that began to wear on me. It begins as merely peculiar, moves on to miscalculation and becomes seriously annoying. One of its most unfortunate elements is seeing Bullock so stranded and helpless in would-be comic frenzy. An actress should never, ever, be asked to run beside a van in red disco boots for more than about half a block, and then only if her child is being kidnapped.

Rotten Tomatoes – 6% (9/139): All About Steve is an oddly creepy, sour film, featuring a heroine so desperate and peculiar that audiences may be more likely to pity than root for her. 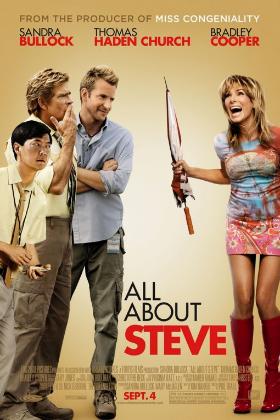 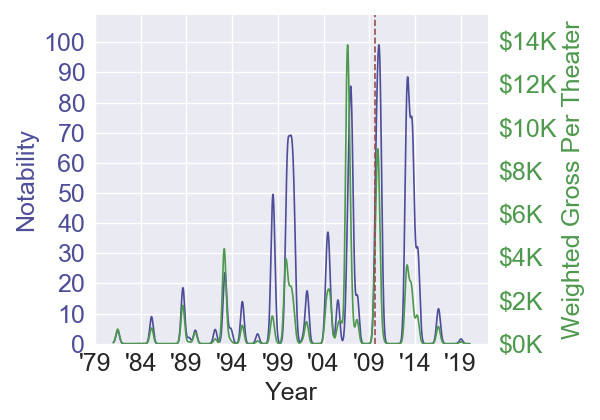 Notes – Sandra Bullock won the Golden Raspberry (“Razzie”) Award for Worst Actress for this film, and appeared at the event to claim her prize, becoming only the second actress to accept the award in person, after Halle Berry in 2005. Bullock brought a wagon full of DVDs of the film for the three hundred attendees, and stated she believed most voters had not actually watched the film and voted for her just to see if she would appear at the ceremony. She asked them to watch or re-watch the film, and if the audience changed their minds and decided she was not the “Worst Actress”, Bullock promised to come to the ceremony next year, return her award, and buy drinks for everybody.

When Mary is soaking in the tub, the song in the background is sung by Helga Bullock, Sandra’s mother.

The screenplay for this film was featured in the 2006 Blacklist; a list of the “most liked” unmade scripts of the year.

Nominee for the Razzie Award for Worst Director (Phil Traill, 2010)

Nominee for the Razzie Award for Worst Picture (2010)

Nominee for the Razzie Award for Worst Screenplay (Kim Barker, 2010)