Jamie and Patrick are excited to take part in the Super Duper Commando Project… sounds pretty rad. Unfortunately when they show up there seems to have been a mix up. A gust of wind blew their applications from the accept pile into the reject pile. What a mistake! They are informed that the only open positions are as security guards. Jamie and Patrick shrug. You take what you can get. As they walk around the building they are super duper bored. “If I wanted to be a security guard I would have joined the Security Brigade,” Jamie says resulting in a chuckle from Patrick. Just then a Super Duper Commando backflips his way into their path. “What thuuuuuuu…” Patrick says before they are both kicked out of a window. Shaking off the serious trauma inflicted on their non-Super Duper bodies they return to the security center and find the place in disarray. Turns out a rogue general bestowed the Sword of Power upon one of the Commandos giving him the power of the gods. Sounds totally ridiculous and unbelievable, I know, but like… you better believe it’s happening. Jamie and Patrick look at one another. The head of security is curious, “You boys look like you know something. Out with it.” They look sheepish. “It’s just,” Jamie begins and takes out an ancient scroll, “when we were born it was foretold that we would face a super soldier equipped with the Sword of Power. It was oddly specific to this exact situation.” The head of security is in awe. “Did it say anything else?” Patrick and Jamie look at each other again. “Yes,” Patrick whispers, “It said ‘There can only be one.’” That’s right! We’re getting another notch in the Highlander Franchise belt with our Sci-Fi/Fantasy entry in the cycle, Highlander: The Final Dimension… or is it Highlander: The Magician… or is it Highlander: The Sorcerer? Impossible to tell with the third entry in the series. I’m sure you’re all like ‘But Jamie, don’t you mean last entry in the series. There can’t possibly be a fourth major release in the Highlander series.’ Well you’d be wrong. Highlander: Endgame exists and it is foretold that we will watch it… someday. But not today. Let’s go!

(Quite low, but is getting that regression to the mean as one would have expected. Nearly 70+ BMeTric, which is obviously extremely impressive. High hopes.)

Leonard Maltin – BOMB –  Conor McCloud, the wanderer from medieval Scotland, does battle in today’s N.Y. with evil fellow immortal from the past, the Mongol magician Cane (Van Peebles). Foolish, badly written piffle is a sequel only to the first film, ignoring the second and the TV series. Lambert is glum, Van Peebles shamelessly hammy. Dozens of unexplained elements, starting with Cane’s perfect English.

(Leonard hates Highlander. The films are rated: 1.5, 1.5, BOMB, BOMB for the first four. Which is insane. The first is actually halfway decent, at least compared to the second! I’m looking forward to the performances now. Seems like it could be something truly to behold.)

(I guess it is called “The Sorcerer” in this case. Anywho, this looks terribly cheap. And they kind of give away that he quickens again there. And they also give away that there is a pretttttty sexy sex scene … it’s a wash, this could go either way now.)

Directors – Andrew Morahan – (BMT: Highlander: The Final Dimension; Notes: British. Still is a music video director mostly. His father was a director as well, and his half-sister is an actress.)

Writers – Gregory Widen (characters) – (Known For: Highlander; Backdraft; The Prophecy; Future BMT: Highlander: Endgame; BMT: Highlander II: The Quickening; Highlander: The Final Dimension; Notes: Worked as a firefighter for three years. Witnessed a friend killed by a deadly backdraft which became the basis for the script.)

Paul Ohl (screenplay) – (BMT: Highlander: The Final Dimension; Notes: French, but lived mostly in Quebec. Was in public service most of his life, and wrote multiple novels which I suppose is how he ended up connected to this.)

René Manzor (uncredited) – (Known For: Monsieur N.; BMT: Highlander: The Final Dimension; Notes: Caught the attention of George Lucas and Spielberg early in his career and wrote on The Young Indiana Jones Chronicles.)

Actors – Christopher Lambert – (Known For: Highlander; Hail, Caesar!; Bel Canto; Kickboxer: Retaliation; Fortress; Greystoke: The Legend of Tarzan, Lord of the Apes; Subway; White Material; To Kill a Priest; Future BMT: Highlander: Endgame; Beowulf; Fortress 2; Southland Tales; Adrenalin: Fear the Rush; Mortal Kombat; The Sicilian; Loaded Weapon 1; Gunmen; Knight Moves; Resurrection; The Hunted; Electric Slide; BMT: Ghost Rider: Spirit of Vengeance; Highlander II: The Quickening; Highlander: The Final Dimension; Notes: Born in the US, although he is French as his father was a diplomat. Was married to Diane Lane, and had a daughter with her.)

Deborah Kara Unger – (Known For: The Game; Thirteen; Crash; Payback; The Way; The Hurricane; Sunshine; The Salton Sea; A Love Song for Bobby Long; The Alibi; Fear X; Stander; One Point O; Shake Hands with the Devil; Hollywood North; Signs & Wonders; Emile; Future BMT:White Noise; The Samaritan; Jackals; A Dark Truth; Keys to Tulsa; Whispers in the Dark; BMT: Highlander: The Final Dimension; Silent Hill: Revelation; 88 Minutes; Silent Hill; Notes: Canadian, but she started her career in Australia where she became quite a famous actress before returning to North America.)

(Absolutely absurd budget. I understand there is a level of set design and special effects involved, but it would have been ludicrous to think they’d recoup that number. It has to involve funny math.)

#97 for the Fantasy – Live Action genre 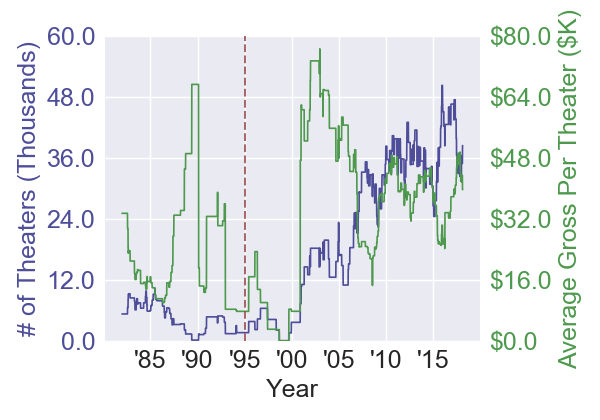 (Around Dungeons & Dragons. The genre really took off in 2000, likely because they were able to put together films that otherwise would have been impossible to produce with practical effects with the cheaper CGI that had been developed by then.)

#29 for the Sword and Sorcery genre

(Only In the Name of the King: A Dungeon Siege Tale did worse among BMT films. The chart gets a bit skewed because The Lord of the Rings made so much money all within a few years of each other. The genre has never really be huge in the number of films produced.)

(My god the consensus would be something else: Cheap looking with absolutely ridiculous performances by Lambert and Van Peebles. Literally like watching a franchise crash and burn in front of your eyes! Reviewer Highlight: As for Van Peebles, he’s quite the ridiculous sight and sound. – Richard Harrington, Washington Post)

Poster – Skloglander: The Final Dimensional Sorcerer from Space Probably (B-)

(I have to say I like the clock and how the poster is laid out. The coloring is crazy though and the font is just meh. Tone it down a little and get some sweet Highlander brand font and we might be off to the races.)

Tagline(s) – Centuries ago one man was chosen to protect all that is good. But an enemy from the past has travelled through time to challenge him in the present. (F)

(Kind of unbelievable there are still films on the table here. Given the number of films with the keyword it isn’t that surprising that all of them are basically above 75 BMeTric which is incredible. All three Fifty Shades films make this list.)

Notes – Deborah Kara Unger did her love scenes with Christopher Lambert herself, declining to use a body double. (Good for her I guess)

The original script for the film was radically different from the finished product in that the flashback sequences to place in early 17th century Scotland and early 18th century England. MacLeod had an Immortal friend in the script named Cavanagh who had similar aspects like Ramirez, The main villain in the script was named Kilvera. The script started depicting what happened with Connor after he buried Heather as well as a scene that revealed that he kills Jack the Ripper who was an Immortal as well. (I understand none of this)

Christopher Lambert and Mario Van Peebles had both previously starred in Gunmen (1993) and had become good friends.

In early development this was going to be a prequel about Connor arriving in New York at the start of ‘The Gathering’. (That would have been kind of cool. If I recall correctly the original kind of starts as the battle for The Quickening is coming to a close)

Mako plays a similar role to the role he played in Conan the Barbarian (1982) and Conan the Destroyer (1984). (M’man Mako is in this? Hell yeah)

For the UK VHS and DVD releases, the title was changed to Highlander 3: The Sorcerer, with no extended cut (renegade cut). (This title keeps on coming up and it annoys me. There are like fifty goddamn names for this film)