“Look around, mates, this here is a jungle. The wild west. The outback. And I’m the king. So stick with me and you’ll be fine,” Alligator Steve says, pointing out all the different cliques on display in the middle school’s cafeteria. There are nerds, jocks, artistes, clowns, unicyclers, bare-knuckle boxers, demolition experts, animal wranglers, etc. Just the classics. But Steve is the coolest tween around and he’s somehow taken Rich and Poe under his wing. Thank god, because they were about to get pounded for being such uggo nerds (for real). As they sit down for lunch, Rich and Poe ponder the purpose of this quest. Are they just supposed to spend the rest of their lives in this nerd purgatory? Fat chance, thinks Rich, secretly flexing his muscles, there must be something more to all this. Returning to the conversation, Rich listens closely as Steve details exactly why this is the raddest and baddest middle school around. “The kids run the school, plain and simple. The teachers try to rein us in, but we just give em the ‘tude and it’s all icy, diglet my zoom?” Rich and Poe smile and nod, for they understand the latest lingo all the kids are using. So are they meant to bring order to the chaos, The Substitute style? That sure would be a test, considering this school doesn’t play by the rules that they’ve come to know and hate. Suddenly Alligator nudges them. “And here’s your next lesson, mates.” At that the cafeteria doors bust open and a clique of “cool girls” stroll in. It’s clear they don’t have time for nobody, let alone Rich and Poe: nerd alert central. But they are heading straight for their table and Steve whispers, “Get ready, this is gonna be a bumpy ride.” That’s right! We’re watching Turbulence. Like a lot of Action films, this followed the age old formula of Die Hard: trap a bunch of people somewhere with a terrorist/criminal and let them battle without the help of the authorities. This also has the added benefit of starring Ray Liotta before he became the Actor Who Looks Like He’s Wearing a Ray Liotta Mask (AWLLHWRLM, rolls off the tongue) and is a film that no one remembers exists. Killing three birds with one airplane. Let’s go! 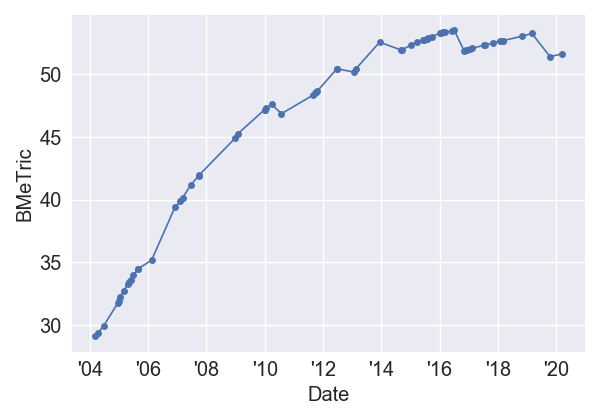 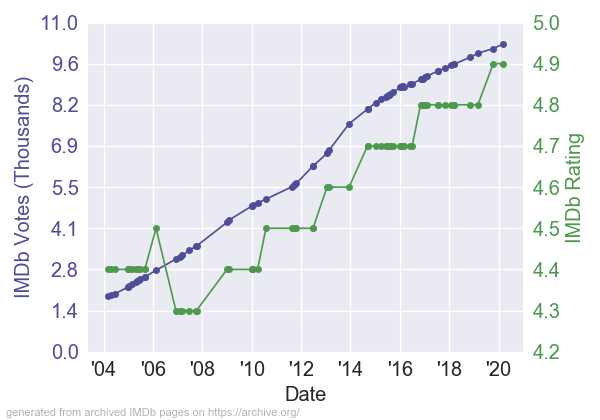 (If this reached 5.0 that is absurd. This film is so obviously a terrible version of Con Air so like … how does anyone watch this and think “that was okay.” It is obviously not okay. If Nic Cage isn’t in the film then that is not okay!)

(This review is amazing. I love you Ebert. All great questions. And the answer for the most part is: yes, it would crash. About fifteen times the plane would have crashed. One hundred percent.)

(I actually like the really unique start to the trailer. BTW, the reveal that Liotta is actually a bad guy is kind of a mini-twist in the beginning which they don’t even bother with (for good reason, it would be impossible to cut a trailer for the film which doesn’t feature Liotta maniacally chewing the scenery). Finally, the heavy metal soundtrack kind of previews the eventual third entry to the series which I will semi-review in my recap, so stay tuned.)

Directors – Robert Butler – (Known For: The Computer Wore Tennis Shoes; Now You See Him, Now You Don’t; The Barefoot Executive; BMT: Turbulence; Notes: Hugely involved in a few television series like Remington Steele which he directed and consulted for. He also directed the pilot for the original Star Trek. This was his last feature film.)

Actors – Ray Liotta – (Known For: Marriage Story; Goodfellas; Identity; The Place Beyond the Pines; Blow; Sin City: A Dame to Kill For; Cop Land; The Iceman; Field of Dreams; Killing Them Softly; Heartbreakers; Bee Movie; Something Wild; Date Night; Kill the Messenger; Muppets Most Wanted; Youth in Revolt; Observe and Report; Narc; No Escape; Future BMT: The Son of No One; Operation Dumbo Drop; Go with Me; Crazy on the Outside; Revenge of the Green Dragons; The Identical; Forever Mine; Revolver; The Death and Life of Charlie St. Cloud; The Lonely Lady; Slow Burn; Even Money; Powder Blue; Better Living Through Chemistry; Unforgettable; Smokin’ Aces; Hannibal; Corrina, Corrina; Crossing Over; Flock of Dudes; BMT: In the Name of the King: A Dungeon Siege Tale; Turbulence; Wild Hogs; Notes: BMT Legend, his face looks like he is wearing a mask of his own face. He has a very crazy ad campaign for Chantix happening at the moment, which The Onion riffed on here.)

Lauren Holly – (Known For: Spirited Away; Dumb and Dumber; What Women Want; February; Sabrina; Any Given Sunday; Beautiful Girls; Dragon: The Bruce Lee Story; Tammy’s Always Dying; Field of Lost Shoes; Entropy; Future BMT: Down Periscope; How to Plan an Orgy in a Small Town; Live Wire; A Smile Like Yours; After the Ball; The Adventures of Ford Fairlane; No Looking Back; Band of the Hand; BMT: Turbulence; Crank 2: High Voltage; Razzie Notes: Nominee for Worst Actress in 1998 for A Smile Like Yours, and Turbulence; Notes: Married to Jim Carey for a year. Co-starred opposite of Mark Harmon in the early seasons of NCIS.)

(That is catastrophic. For reference Con Air has a budget of around $75 million and made over $200 million. So this had roughly the same budget and made … 20x as much money. It is rough.)

(Oooo I get to make one. Expensive but not expensive looking. Little more than a series of cliches strung together. Reviewer Highlight: Fasten your seat belts, folks. It’s going to be a cliche-cluttered ride. – Susan Wloszczyna, USA Today)

(That is terrible, but also kind of great. It’s creative in how it’s framed and with some sweet font. The big letters at the top are a terrible idea, but so bold you have to give it to them. This poster is like two decades late… feels like it’s for Avalanche or something.)

(The ride… the ride… hmmmm. That doesn’t sound right. But fine, it does its job and kinda makes me think that there is a whole other category of tagline. The rhetorical question. A little generic though. Fits the theme of an old school disaster film, but it’s just not giving me much.)

(The graph looks like what you would expect. This is a second-banana die hard scenario. And the genre came to a crescendo around 2000, and then briefly died. Interesting that people don’t seem to running it these days, but maybe it is just overplayed. Under Siege 2 is def the best one that we haven’t seen. And my god, we’ve seen so many of them!)

Welcome to Earf (HoE Number 9) – The shortest path through The Movie Database cast lists using only BMT films is: Ray Liotta is No. 1 billed in Turbulence and No. 3 billed in In the Name of the King: A Dungeon Seige Tale, which also stars Leelee Sobieski (No. 4 billed) who is in Here on Earth (No. 1 billed) => 1 + 3 + 4 + 1 = 9. There is no shorter path at the moment.

Notes – Despite its box-office failure when of its release, the movie managed to get two direct-to-video sequels due to the film’s good performance as being one of the most rented films of that year. (Ohhhhhh yeah, Red Letter Media reviewed the third one which straight up looks like an abomination)

MGM pulled trailers from theaters and temporarily suspended its marketing campaign after the crash of TWA Flight 800 on July 17, 1996.

The airliner used in the movie (N614FF) was a Tower Air Boeing 747-246B. The fictional TCA livery seen is very similar to Japan Air Lines’ livery but minus the Tsurumaru Crane Bird on the tail.

Was scheduled to be released in theaters for the 1996 holiday season, in tandem with the film’s Christmas setting, but was delayed to January 1997.

Catherine Hicks and Lauren Holly are talking about serial killers as the plane is loading. Hicks says “did you ever see Bundy, he was a charmer, Mark Harmon played him”. Holly later went on to star opposite Mark Harmon in NCIS. (Damn, I was going to add this trivia to IMDb! I got that one organically while watching the film. And in no way is that depressing)

The toy store in the movie in reality is a bookstore on the Main Street in Clinton, New Jersey, USA. There is a toy store on Main Street but it is in an alley and director Robert Butler didn’t like the exterior of the building. The bookstore’s front window was decorated with toys for the week of filming.