In between make-out sessions, Poe and Det. Halloway hash out the plot to the totally lit YA banger for the gucci crowd The Platonic Solids Series Part II: Love on the Blocks. In this entry…

Jewel is thrown into heart wrenching despair when Kelton, her swamp monster lover, is forced by the job-deciders to play the deadly Cinder Olympics. The revolution is in tatters and realizing that little ol’ Jewel must live her unique life, Kelton convinces her that swamp monsters don’t know love and he actually wants to play. Blinded by her tragic despair she decides to conform and start working her assigned job. Later, Gregor checks in and he’s now totally ripped. Also he reveals that he’s a phantom of the opera, mortal enemy of the swamp monsters, and that Jewel is in great danger because Kelton won the Cinder Trophy. To punish him the job-deciders are going to kill her. Gregor offers to protect her with his muscles, but she knows she needs to share one final kiss with Kelton before her death. Running into the Cinder Lands she finds him and he realizes that the only way she’ll survive is to become a swamp monster. Jewel is torn because that would hurt Gregor, but also she wants some of that sweet swamp monster action. Kelton is torn because becoming a swamp monster involves him shooting a slimy spoor into her and that seems monstrous to him unless they were to get… *gasp*

Rich finds this all a little on the nose. He sadly walks down the corridors of the school. He’s despondent as it feels like he’s lost his best buddy. So different and yet so similar. As he turns a corner he sees just the faintest glimmer of someone sneaking around the next hallway… curious. That’s right! We are watching the Steven Seagal classic (masterpiece?) The Glimmer Man. May as well be called Buddy Cop: The Movie and that’s why we’re watching it. We’re also watching it as part of the chain going from Kiss the Girls through Brian Cox. We haven’t watched nearly enough Steven Seagal in BMT, so I’m excited. Let’s go! 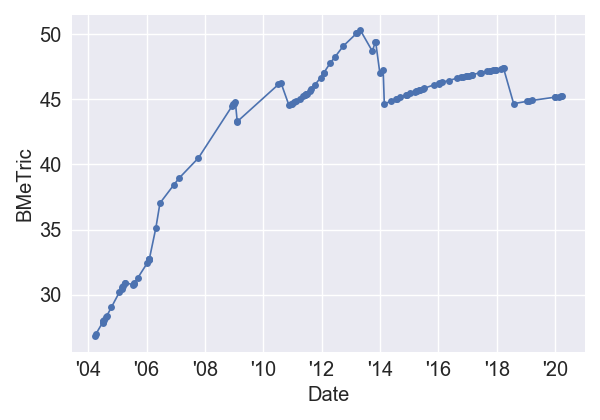 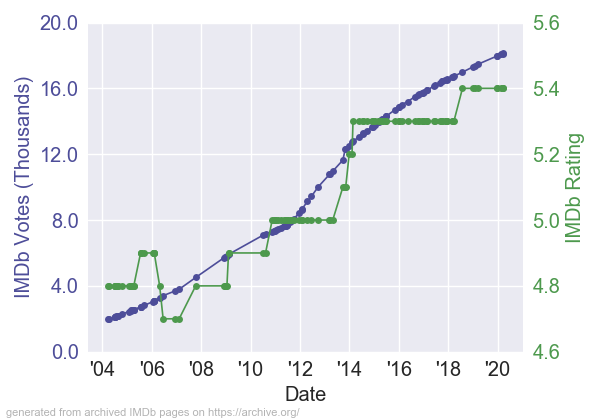 (Seems about right. Too bad there isn’t just enough votes to bump it over 50 BMeTric. The notability is off the chain. I think I’m slowly learning that there are only a handful of 50+ notability films per year, and they usually are good. So even getting close to 50 for a film like this is astonishing.)

Leonard Maltin – 1.5 stars –  Seagal and Wayans team up to track down a serial killer who is terrorizing the L.A. area. Tired buddy/cop picture, even by Seagal’s fairly low standards; he also coproduced.

(That is one svelte review. Very nice to see that basically this is Buddy Cop: The Movie. Since, you know … that’s why we are watching it.)

(That is some rough quality VHS rip. Jesus his beads, ponytail, and weirdo looking suits are off the chain. Looks truly awful. I’m excited.)

Writers – Kevin Brodbin (written by) – (Known For: Constantine; The Siege of Jadotville; Future BMT: Mindhunters; BMT: The Glimmer Man; Notes: He maybe wrote a pilot for a Mindhunters television show, but it is a bit unclear. The IMDb page lists zero episodes.)

Keenen Ivory Wayans – (Known For: Scary Movie; I’m Gonna Git You Sucka; Star 80; Hollywood Shuffle; Future BMT: Dance Flick; Most Wanted; A Low Down Dirty Shame; Don’t Be a Menace to South Central While Drinking Your Juice in the Hood; BMT: The Glimmer Man; Razzie Notes: Nominee for Worst Director, and Worst Screenplay for Little Man in 2007; and Nominee for Worst Director, and Worst Screenplay for White Chicks in 2005; Notes: Most notable for his groundbreaking comedy series In Living Color which gave Jim Carrey his start.)

(That is a disaster. It makes sense. If you look at the trajectory of Seagal films this is the last film released with the intention of actually making money. He slipped pretty quickly into straight-to-video releases almost immediately afterwards.)

(Cooooooooold Blooooooooooooded. That is one grimy, humorless view of Seagal’s obviously amazing career. Reviewer Highlight: John Gray’s The Glimmer Man is strictly for Steven Seagal fans (if there is such a species). – Quentin Curtis, Daily Telegraph (UK)) 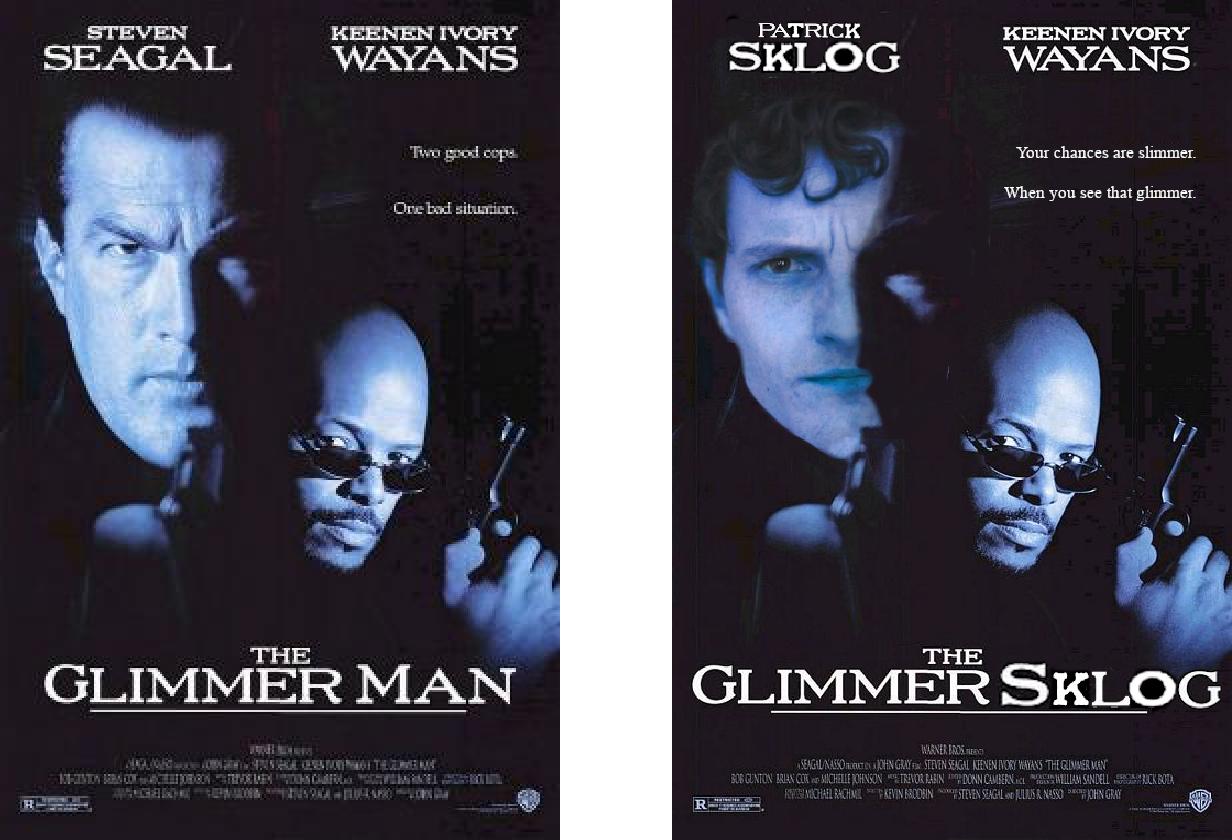 (This honestly looks like we made it ourselves. Really seems like the lowest possible level of effort was used in creating this. That being said… I like the blue. Patrick’s Shallow Fake: I managed to get the shadow on my face to look … fine. It looks fine. I won’t call it good, but for a fake shadow it looks fine. Screwed up the font a bit, but couldn’t be bothered to fix it in the end, there are only so many hours in the day after all.)

(I mean, obviously this is amazing. Mostly because it fits right in with the idea that this is just Buddy Cop: The Movie. This could apply to every buddy cop movie in history and I love it. Can I ironically give it an A? Fine, it gets a B for not being original enough.) 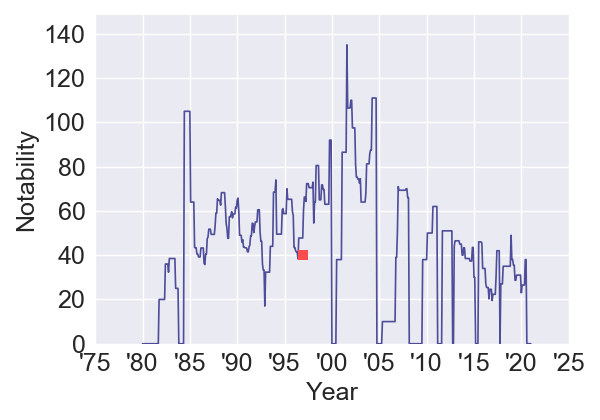 (Very interesting that it grew up to a point and then collapsed. Usually I would say this is due to VOD taking over these minor sub-genres. Here though I have a feeling it is just television in general that took over cop partner media. Think True Detective, Broadchurch, etc. There is a long history of this genre in television and I think it is only getting bigger on the small screen.)

Notes – According to Keenen Ivory Wayans, one time during production, after waiting for a long time for Steven Seagal to finally show up on the set, Seagal appeared with some script and said how it was the greatest script he ever read in his entire life. When Wayans asked him who wrote it, Seagal responded by saying; “I did.” (Sounds about right …)

After the film was completed, Warner Brothers conducted additional editing on the film to make it faster, and more like a regular Steven Seagal movie. Cut scenes included several comedic and dramatic exchanges between Campbell (Keenen Ivory Wayans) and Cole (Steven Seagal) and a great deal of Michelle Johnson’s scenes, as Cole’s wife, Jessica, were cut.

Originally envisioned as a much larger action picture, similar in scope to The Last Boy Scout (1991). Several action scenes were removed to cut down the budget. They included the bombing of a boat owned by Campbell (who lived on a houseboat instead of in an apartment), an encounter between Cole and a SWAT team that has raided his house and the final confrontation and gunfight at the Los Angeles museum. (The Last Boy Scout is great, watch that instead)

Steven Seagal championed Trevor Rabin as the composer of the film. Years earlier Rabin, an avid guitar enthusiast like Seagal, had coached and trained Seagal with his guitars.

Easter egg: on the wall of the police station, there is a “wanted” poster for Erik Gauss, the character of Matthias Hues from Bounty Tracker (1993). (Someone is watching Boutry Tracker for You Just Got Schooled this week!)

According to Stephen Tobolowsky, Steven Seagal wanted to change the scene in which Cole (Seagal) kills Maynard (Tobolowsky). Due to his spiritual beliefs, Seagal did not want to kill villains in his movies anymore. Tobolowsky convinced him that Maynard would be able to be reincarnated and redeemed by being killed. Seagal agreed, and the scene was filmed as written. However, a few months later, Seagal wanted to change the scene, to show that Maynard survived the shooting. Tobolowsky was brought in to overdub lines to indicate that Maynard was still alive, but this was not used in the final cut.