This week we move fully into the Now a Major Motion Picture cycle with the comedy entry. Since I’m required by BMT law to read each book that the film is based on, I requested that we do something real short for this entry just to make sure I don’t fall behind right off the bat. This worked out wonderfully as one of the worst reviewed films of all time just happens to be based on a 150 page children’s book. That’s right, we are watching Roberto Benigni’s much reviled adaptation of Pinocchio! Did I say that Basic Instinct 2 was a vanity project? We ain’t seen nothing yet. Let’s go! 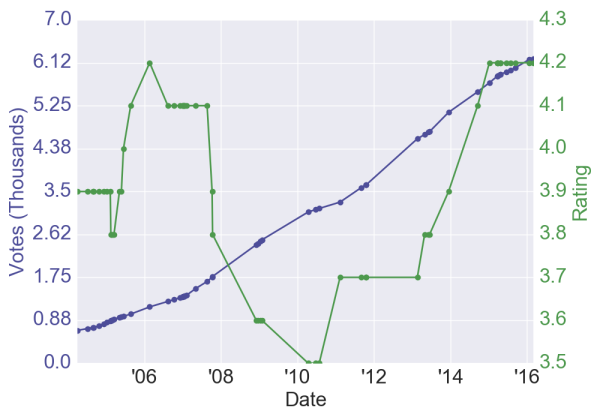 (This is another super weird rating plot! It goes down and then completely recovers over years. It doesn’t make sense. Typically for a kids movie I would say this might be the youth factor, the fanbase of a shitty movie coming of age and using nostalgia to rate things. But what kind of weirdo kid was watching Pinocchio starring Roberto Benigni? No one. It is impossible. There has to be a weird “it was a hit in Italy” thing going on. It has to be foreign audience power.)

Leonard Maltin – 1.5 stars –  A carved wooden puppet comes to life as a mischievous boy who can’t resist temptation of any kind. Benigni’s interpretation of the beloved 1885 story by Carlo Collodi emerges as a test of one’s tolerance for the bombastic comic actor. This was a big hit in Italy … but then, so was Mussolini. U.S. Version was cut to 100 m. and dubbed with Breckin Meyer (as Benigni) and a host of stars.

(Goddamn Leonard that film had a family! Let’s all revel in Leonard’s need to invoke Italy’s fascist past in order to deliver an adequate burn for this travesty of a movie. This was well known at the time as a disastrous American dubbing as well and somewhat inexplicable if not for Benigni’s Academy Award a few years prior.)

(Well that’s unfortunate. Notice that they do not let anyone talk in the trailer other than to say the word “Pinocchio!” Didn’t want to reveal that it was foreign in hopes to attract more people. Didn’t work. From the trailer it also looks a bit like those Israeli live-action fairy tales we used to watch as a kid. The Frog Prince used to freak me out. Giant scary frog. But I loved them. So maybe I’ll love this.)

Directors – Roberto Benigni – (Known For: Life Is Beautiful; The Monster; Johnny Stecchino; The Tiger and the Snow; BMT: Pinocchio; Notes: Nominated for Best Director Oscar for Life is Beautiful. Although he only sporadically works in film now he is still beloved in Italy and very active in the political scene there.)

Writers – Roberto Benigni (screenplay) – (Known For: Life Is Beautiful; The Monster; Johnny Stecchino; The Tiger and the Snow; BMT: Pinocchio; Notes: Nominated for Best Screenplay Oscar for Life is Beautiful. Also a poet and songwriter.)

Vincenzo Cerami (screenplay) – (Known For: Life Is Beautiful; The Monster; Johnny Stecchino; The Tiger and the Snow; BMT: Pinocchio; Notes: Longtime writer and assistant director collaborator with Benigni. Died in 2013 after a long illness. Nominated for the Razzie Award in 2003 for Worst Screenplay for Pinocchio with Roberto Benigni)

Carlo Collodi (novel) – (Known For: Pinocchio (1940); BMT: Pinocchio (2002); The Adventures of Pinocchio Notes: Wrote the original story as a serial in the 1800s. Apparently, the original ending to the tale was that Pinocchio was such a bad puppet that he hangs himself in despair. Solid.)

Brendan Donnison (English adaptation) – (BMT: Pinocchio; Notes: Super weird. This guy is primarily a casting director for ADR and voice work. In fact has a company Lyps Inc. based in the UK that is a major player in the ADR voice casting game. Makes one wonder how he is the only english adaptation credit for the film… particularly since he has no other writing credits.)

Actors – Roberto Benigni – (Known For: Life Is Beautiful; To Rome with Love; Night on Earth; Coffee and Cigarettes; Down by Law; Luna; The Monster; Johnny Stecchino; BMT: Pinocchio; Son of the Pink Panther; Notes: Won the Best Actor Oscar for Life is Beautiful. Had a brief moment of fame in American film in the early 90s ending with Son of the Pink Panther.)

(An absolute travesty of a US release. Still 150th on the worst openings for a 600+ theater release (it opened at #19!), but obviously earned enough in Italy to break even (probably). The rumor is that it was well received in Italy and that a lot of the negative reaction here in the US was due to odd and off-putting voiceover choices. Sounds like it may have come down with a serious case of the Doogals.)

#13 for the Toys Come to Life genre 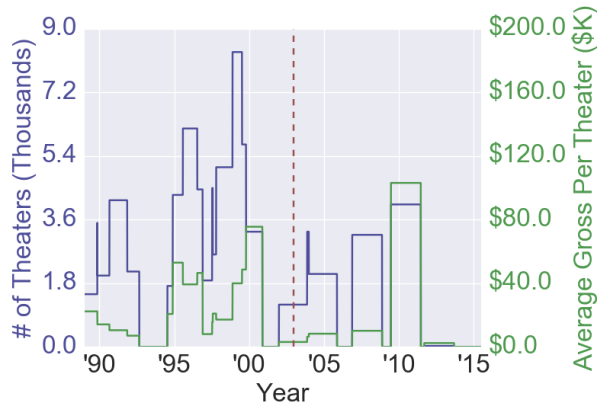 (Normally I wouldn’t show this, but … what is this genre? Turns out it is Chucky movies, the Toy Story series, Pinocchio adaptations, and, of course, the classic smash hit Small Soldiers. We’ll just forget about Mr. Magorium’s Wonder Emporium. There is obviously no trends in the all-important toy’s coming to life genre.)

Rotten Tomatoes – 0% (0/55): Roberto Benigni misfires wildly with this adaptation of Pinocchio, and the result is an unfunny, poorly-made, creepy vanity project.

(Yuuuuuup you are reading this right. This is an extremely rare 0% on RT. To name some of the BMT films with 0%: A Thousand Words, Bucky Larson Born to be a Star, The Ridiculous 6, Mac and Me, Highlander II The Quickening, and American Anthem. And guess what? Pinocchio has more actual reviews than any of them! It really is incredible.) 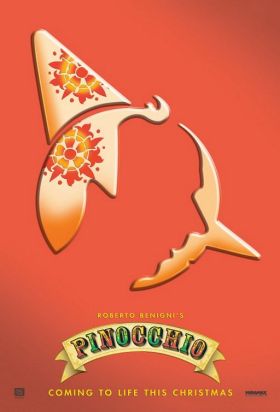 (This seems to be the primary poster. I like the base color and creativity used in both the image and the title font. Kinda striking and beautiful in its simplicity. And he can get away with it due to the popularity of the source material. Needs a tagline and almost too simple to be interesting, but doesn’t assault the senses.)

(Interesting list. I still need to see Pan (not BMT unfortunately). Besides that the only for sure BMT film I think would be Get Over It which looks like an absolute travesty. I need to watch that film.)

Notes – This was the most expensive production in Italian film history, with a budget of about $45 million.

This is the first film in a non-English language to be nominated for Worst Picture at the Razzie Awards.

Roberto Benigni originally conceived this project as a collaboration, with Federico Fellini directing it. When Fellini died, Benigni became its director. (wow)

Nominated for the Razzie Award for Worst Director (Roberto Benigni)

Nominated for the Razzie Award for Worst Remake or Sequel