“A clue,” Poe says looking closely at the branches of the wicker man, “these aren’t branches at all!” Rich reaches over and breaks him off a piece of the wicker man is stunned to find that Poe is right, “These are pages from tattered books. My god, we’ll be cinders in no time!” But Poe sees this as an opportunity. Calculating the weight of a paper wicker man and it’s probable center of mass and accounting for the fact that it’s burning from the bottom up he guesstimates that with just a quick heave-ho of him and Rich’s well-toned bodies, crafted by years of professional dance, they should topple free and back flip their way to freedom (like they have done so many times before as their alter egos, the Bad Movie Twins). Just before they are to put their plan into action Rich stops Poe and points to what awaits them outside the wicker man. Poe is aghast, “a cliff! What a dastardly tournament indeed. How are we to escape a fiery wicker man and survive the subsequent fall from a cliff. Impossible.” But Rich corrects him, “Nothing is impossible, my dear Poe, just wildly improbable. And while this cliff jump is improbable, it hardly impossible. Don’t you remember what I did before I became a Bad Movie Twin/detective?” Rich prompts Poe. “You were a successful novelist of YA novels,” Poe answers and while true Rich reminds him that even before that he was an extreme sports artist. “That’s how I got this rad scar,” he says pointing to the previously unmentioned enormous scar that adorns his torso. Ah yes, how could Poe forget. Time to get extreme. With that they lovingly craft a hang glider from pieces of the wicker man, slam some Mountain Dew, and get ready to do the dew. That’s right! We’re (finally) watching the ill-advised remake of the action classic Point Break, Point Break (2015). It stars… people that are way less famous than Keanu Reeves and Patrick Swayze aka The Swayze. We missed it when it came out (for the same reason as Holmes & Watson actually, released around Xmas) but we won’t miss it this time. Let’s go! 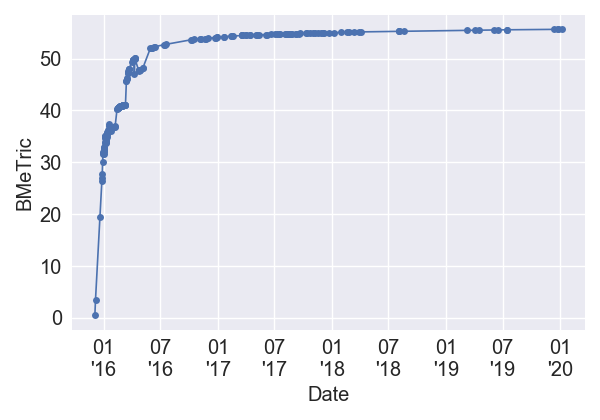 (That rating is actually pretty high in my opinion. I would have thought die hard fans would have ruined the rating long ago. It has stayed stock still for years now though, which is usually a good sign. It means people still hate it today, there is something innately bad about the film that crosses generations.)

RogerEbert.com – 1.5 stars – The idea of remaking “Point Break” was not necessarily a bad idea, I suppose, but whatever charms that film might have had, they are utterly lost on the people behind this embarrassment. Instead, their game plan appears to have been to take a familiar title, throw in a bunch of random action sequences that seem more interested in aping the lunacies of the “Fast & Furious” franchise than Bigelow’s visual poetry and toss it out into a crowded marketplace without any advance screenings (hence the lateness of this review)[.] …The original film, you might recall, was released with the tag line “100% Pure Adrenaline!” This version misses that mark by about 97.5%.

(Fast & Furious is a really good comparison. As a matter of fact there could be an argument that all they really needed to do was make one more (Point Five) set in like Argentina and they could have crossed into the ironically good territory. Too late now though.)

Directors – Ericson Core – (Known For: Togo; Invincible; BMT: Point Break; Notes: He’s the cinematographer for the film as well (and was on The Fast and the Furious as well).)

Rick King (story & 1991 story) – (Known For: Point Break; BMT: Point Break; Notes: Was writing some television through the 2000s, but seems to have maybe retired from credited writing. Had a few smaller films prior to Point Break, but pretty close to a one hit wonder writer.)

Luke Bracey – (Known For: Hacksaw Ridge; Danger Close: The Battle of Long Tan; Me Him Her; Future BMT: The November Man; Lucky Day; The Best of Me; BMT: Point Break; G.I. Joe: Retaliation; Monte Carlo; Notes: Huh, he also became famous on a soap, Home and Away which was broadcast in Australia. He appeared in 224 episodes.)

Ray Winstone – (Known For: The Departed; The Chronicles of Narnia: The Lion, the Witch and the Wardrobe; Hugo; Indiana Jones and the Kingdom of the Crystal Skull; Snow White and the Huntsman; Percy Jackson & the Lightning Thief; Noah; Cold Mountain; Rango; Beowulf; Sexy Beast; Edge of Darkness; The Proposition; Quadrophenia; Scum; The Sweeney; Ripley’s Game; The War Zone; Ladies and Gentlemen, the Fabulous Stains; The Legend of Barney Thomson; Future BMT: The Queen’s Corgi; King of Thieves; 13; Reckless; London Boulevard; King Arthur; Breaking and Entering; Elfie Hopkins; Martha – Meet Frank, Daniel and Laurence; Love, Honour and Obey; BMT: Cats; Point Break; Fool’s Gold; The Gunman; Notes: Nominated for two BAFTAs, one in 1979 as a newcomer, and then for Nil by Mouth as a lead actor. Was the schoolboy boxing champion of England three times and represented England internationally twice.)

(That isn’t as bad as I thought it would be. The domestic take is shocking, as is the budget, but over $100 million worldwide is pretty solid for a movie with a bunch of nobodies in the cast.)

Rotten Tomatoes – 11% (12/108): Loaded with dazzling action but bereft of purpose, the Point Break remake will be remembered as the first film to make audiences pine for the simultaneous presences of Keanu Reeves and Gary Busey.

(False, I always pine for the presence of Gary Busey. Keanu ain’t a bad bonus. Reviewer Highlight: Boldly reimagining Kathryn Bigelow’s cult favorite as a movie where absolutely nobody seems to be having any fun, the new Point Break drops the original’s Zen-like balance of macho mysticism and camp in favor of dour humorlessness. – Ignatiy Vishnevetsky, AV Club)

(I remember hating this poster when the film was coming out and I still hate it. It’s just not good. Looks like an advertisement for a travel agency or something. The original is beautiful.)

(Nooooooooo. If only that first one was on the poster. My face actually melted as I read it. My god, it’s beautiful. Hey everyone! Come see this great tagline they didn’t use. They used this almost hilariously bad one instead. So you went with “Point Break… Find your breaking point” as the tagline?… alright.) 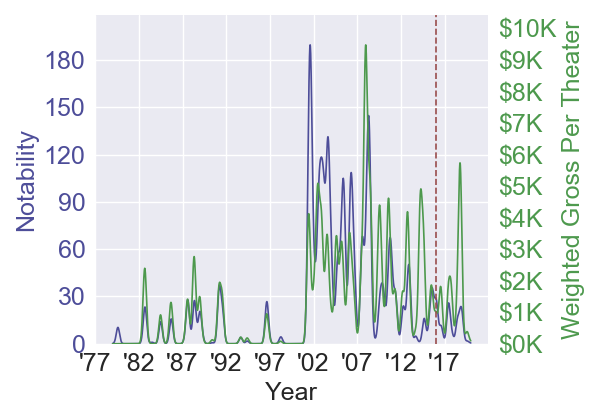 (Surfing is one of those keywords which is applied to any film with even a moment of surf action, but this is actually pretty good. And now I’m really really rethinking these plots. I don’t doubt that “surfing” movies are becoming less popular over time, the early 2000s were the time of Extreme Doritos and Mountain Dew, and since then surfing is just an interesting hobby to have. But it is plausible that 2000s films also just get keywords much much more often. But maybe it is okay as long as we are aware of the issue.)

Notes – While shooting second unit footage at the Jaws surf break in Maui, the crew was fortunate enough to catch one of the largest wave breaks of the last decade, being ridden by the world’s top big wave surfers.

In the original 1991 film, James Le Gros played Roach, one of the ex-Presidents; in the remake he plays an assistant director of the FBI. (Fun)

The Angel Falls sequence is an expensive one, with a structure that cost upwards of $500K to build. It consisted of a platform that was approximately the size of a football field just beneath the summit of the falls where the crew set up camp so as not to disrupt the environment by making camp on the ground. Kosove likened the shoot at Angel Falls to a “full-scale military operation”.

Teresa Palmer did most of her own stunts, despite this being her first acting job after she gave birth to her son Bohdi. (Wait … she named her son Bohdi, like the name of the character in Point Break?)

The wingsuit scene that takes place early in the film, was all choreographed and flown in real life. Taking place at “the crack” in Walenstadt, Switzerland, the sequence is edited together of multiple jumps, all flown by some of the best wingsuit pilots in the world: Jon DeVore, Michael Swanson, Julian Boulle & Noah Banson were doing the formations flying, while Jhonathan Florez & James Boole were flying just next to them as camera-guys. (this sequence was supervised by Jeb Corliss) The crew spent a period of 3½ weeks in Switzerland, and the wingsuit pilots did the jump more than 60 times to get the right shots.

Some of the world’s best athletes worked on this film, including Jeb Corliss, whom Kosove cited as being “the greatest wing suit athlete in the world”. Legendary surfers Laird Hamilton and Sebastian Zietz, and pro skateboarder Bob Burnquist were also involved & also pro rock climber Chris Sharma. (Cool)

Gerard Butler was the first person cast. He was cast as Bodhi but later dropped out due to scheduling conflicts. (Noooooooooo)

The film takes place over the period of about a month, and took close to a year to shoot. It was shot in over 10 countries and 4 continents. Point Break (2015) uses physical locations as much as possible, and the producers tried to be judicious when implementing green screens or VFX. (Roooooooooooad triiiiiiiiiiip)

Luke Bracey won the role of Johnny Utah after an extensive audition process, and he got the part due to the fact that he seemed “real” and unaffected, according to Kosove. An added bonus was the fact that Bracey has been surfing and playing rugby since childhood.

The closing credits last for 13 minutes 30 seconds. (I’ll just go ahead and skip those … unless they are so long because of multiple extended dance sequences and bloopie reels. Then I’m watching it multiple times)

Core also acts as cinematographer, a fact that actress Teresa Palmer called “a gift because he is so involved in every single aspect of this film.”

Director Ericson Core worked as the director of photography on The Fast and the Furious, a film very similar to Point Break (1991).

The Ozaki 8 as seen on the chalkboard in the FBI headquarters are as follows: -1. Emerging Force – Navigate the Inga Falls Rapids (Democratic Republic of the Congo) -2. Birth of Sky – Base jump from a high location (Everest, Tibet). -3. Awakening Earth – Penetrate the ground in the Cave of Swallows after skydive (San Luis Potosi, Mexico). -4. Life of Water – Surf giant ocean waves about 20-30 meters high (Biarritz, France). -5. Life of Wind – Fly with a wingsuit after jumping from the top of a mountain (Churfirsten Mountain Range, Switzerland). -6. Life of Ice – Snowboard from the top of an ice mountain to the mountainside (Aosta Valley, Italy). -7. Master of Six Lives – Climb the stone wall of a grand waterfall without using security measures (Angel Falls, Venezuela). -8. Act of Ultimate Trust – Jump off the waterfall after climbing it (Angel Falls, Venezuela).