Rich, Poe, and Blaze sit in the stands at swim practice watching the swim team do laps. In mere weeks they had progressed from fist bumps to bro hugs and had just received an invite to the captain Bryce’s latest pre-meet bash. Poe was feeling pretty good about their progress, but Rich was clearly getting antsy. He even almost forgot to pop the second collar on his polo later that evening when they were getting ready for the party. “Bro,” Blaze chastises, “you’re gonna blow up our spot.” But Rich is just excited because he knows that this is the night. Tomorrow all the scouts are gonna be there to see Bryce swim and see if he will be the Olympic champion gold medalist. So tonight he was sure to use the tech Gruber was after. When they get to the party everything is going swimmingly. They are just jamming to tunes and posting pics and vids to Insta and TikTok or some shit. Suddenly they see Bryce go into a back room. “It’s hammer time,” Rich says as they bust into the room. But instead of sweet tech Bryce is just taking boring ol’ steroid. Rich is incensed, “Steroids?! You serious, bro? You go to Seattle Tech. You can’t do better than that?!” But Bryce just shakily asks whether they’re going to turn him in to the Olympic gold medal committee. At that Poe sees an opportunity, “Not if you help us find some sweet tech we’re looking for.” Hope blooms in Bryce’s eyes, “yes, yes. I can help you. I know where to find this tech. The baseball team. They’ve hacked the Gibson and they know how to mathematically win. It’s boring, bro. Real boring… because of the tech.” Blaze, Poe, and Rich look at each other and nod, “looks like we’re playing a little catch.” That’s right! We’re watching Summer Catch, the Freddie Prinze Jr., Matthew Lillard (of Hackers fame), and Jessica Biel classic as the Girl’s Night entry in the cycle. I recall watching this film, but also don’t remember a thing about it. That’s a good sign, right? Let’s go! 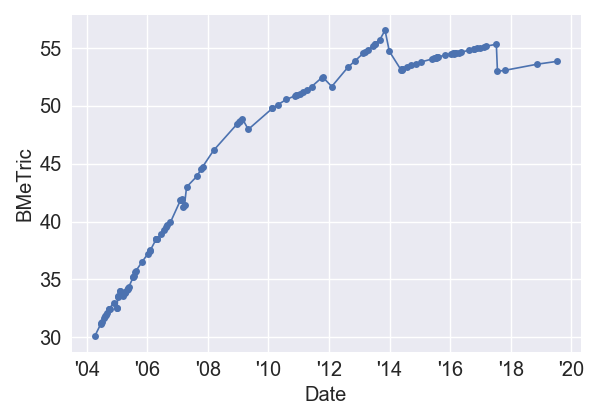 (Two in a row! Just like Swimfan this started at a completely astonishing 4.0ish, and has since recovered a bit to barely get to 5.0. I think that is kind of the “bad but normal” range for films that are specifically targeting young women.)

(Love the shout out for Lillard. His career has made a marked turn around in the last 5 years or so, including The Descendants and a pretty crazy appearance in the revival of Twin Peaks.)

(Alright, so we’ve confirmed babes, bros, and baseball. I’ll be looking for burgers, beers, and any number of other very important bro-tastic B-words.)

Directors – Michael Tollin – (Future BMT: Radio; BMT: Summer Catch; Notes: Nominated for an Oscar for a documentary about Hank Aaron: Chasing the Dream. Writes and directs all sports stuff, but produces a ton of television including the All That revival this year.)

John Gatins (screenplay) – (Known For: Power Rangers; Kong: Skull Island; Flight; Real Steel; Coach Carter; Dreamer: Inspired by a True Story; Future BMT: Hardball; BMT: Summer Catch; Need for Speed; Notes: Also kind of an actor including in the BMT Hall of Fame film Norbit. He was in Leprechaun 3 and has had a lot more success as a writer.)

Actors – Freddie Prinze Jr. – (Known For: She’s All That; The House of Yes; Brooklyn Rules; Future BMT: Scooby-Doo; Scooby-Doo 2: Monsters Unleashed; Happily N’Ever After; Boys and Girls; Head Over Heels; Delgo; To Gillian on Her 37th Birthday; Jack and Jill vs. the World; BMT: I Still Know What You Did Last Summer; Wing Commander; Summer Catch; Down to You; I Know What You Did Last Summer; Razzie Notes: Nominee for Worst Supporting Actor for Scooby-Doo in 2003; Notes: Was kind of a movie star for a while, but after that (and his own show, Freddie) I would say he’s best known for his voice work and his podcast Prinze and the Wolf. Weirdly wrote for WWE for a season.)

Jessica Biel – (Known For: The A-Team; The Rules of Attraction; The Illusionist; Cellular; Hitchcock; The Tall Man; Easy Virtue; Ulee’s Gold; Future BMT: Accidental Love; Blade: Trinity; I’ll Be Home for Christmas; A Kind of Murder; Home of the Brave; Planet 51; Next; The Texas Chainsaw Massacre; Total Recall; The Truth About Emanuel; Elizabethtown; Powder Blue; Shock and Awe; Spark: A Space Tail; The Devil and the Deep Blue Sea; London; BMT: Stealth; Summer Catch; Valentine’s Day; New Year’s Eve; Playing for Keeps; I Now Pronounce You Chuck & Larry; Razzie Notes: Nominee for Worst Supporting Actress in 2008 for I Now Pronounce You Chuck & Larry, and Next; and in 2013 for Playing for Keeps, and Total Recall; and Nominee for Worst Screen Couple for I Now Pronounce You Chuck & Larry in 2008; Notes: Married to Justin Timberlake. She has a new show coming out called Limetown which is based on a podcast and premiering on Facebook Watch …)

(That is straight up terrible. My God! No wonder we didn’t get Summer Catch 2: Up to the Majors)

#203 for the Romantic Comedy genre

(Naturally on the low end of the many many many Romantic Comedies we’ve seen, around the Down to You … also starring Freddy Prinze Jr. Go figure. This came right as the genre reached maturity, and more recently while the profits still exist the screens the films are released to just aren’t available. But the genre lives on on VOD, with Always Be My Maybe being a recent example.)

#39 for the Sports Comedy genre

(There really is a strange boom in the 2000s for this genre, which this somewhat predates. This is actually much more akin to classics like Bull Durham, but just mix in the high school romance films of the period, basically. The later ones are like … Wimbledon and Mr. 3000. Maybe people were just itching to rent out stadiums in the 2000s?)

#32 for the Teen Romance genre 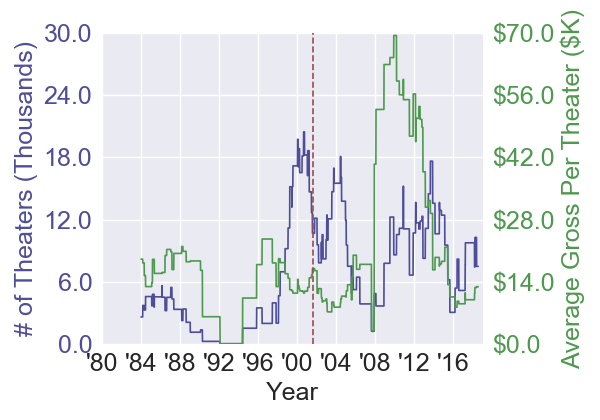 (Beastly is somehow the highest grossing for this category … the big profit in the 2000s is Twilight. And really, this is the one true teen rom com boom. The genre is still going strong somehow, in and out of theaters, with Netflix releasing smash hits like The Kissing Booth as well.)

(Get that garbage pun out of here. They play in a summer league, it is already bush-league. Astonishingly low review score considering the genre shouldn’t have been overstaying its welcome yet … you’d think more people would at least tolerate it as a change of pace. Reviewer Highlight: Stars Freddie Prinze Jr. (strike one), features more male virgins trying to lose it (strike two) and disses the legendary baseball league in Cape Cod, Massachusetts, by filming this mess in North Carolina (strike three). – Peter Travers, Rolling Stone)

(Jesus, that’s all you got? It’s got all the aspects of a good tagline, but it’s just so boring and generic. I can’t reward that. It makes me think that this film will also be boring, which I just don’t think is true. This has Matthew Lillard and Freddie Prinze Jr. in it. It might be super lame, but it won’t be boring.)

(I mean. Ed? Yes please. I don’t know why Legally Blonde 2 would have baseball in it, I haven’t seen it. But I suppose we’ll have to remedy that. Maybe it has to do with the big case.)

Notes – Marc Blucas’ character can be seen wearing a Wake Forest basketball cap early in the movie. It is black with a yellow “WF” on the front. Blucas actually attended and played basketball on a full scholarship to Wake Forest University in Winston-Salem North Carolina. He started along with Tim Duncan there. (Cool)

The batter at home plate when the camera pans Veterans Field (Chatham’s real home field on Cape Cod) is Hyannis’s Brendan Harris, who made his major league debut in 2004 with the Chicago Cubs.

John Schiffner is the real life coach and manager of the Chatham A’s.

Curt Gowdy and Hank Aaron both make appearances in this film. Gowdy was the NBC play-by-play announcer in the booth when Hank Aaron hit home run number 715 to pass Babe Ruth on April 8th, 1974 in what was then known as Atlanta Stadium (later named Atlanta-Fulton County Stadium). Real-life baseball player, Christopher Rosado (a Boston College graduate), appears briefly as the left-fielder on Ryan Dunne’s team. (This is going to be chockablock full of cameos, I love it)

A pseudo/quasi premier was held in Seattle at the now-defunct theater chain “General Cinemas Pacific Place” in order to coincide with that year’s all-star game. Which happened to be Cal Ripken Jr’s last game/retirement game. (Ooooooo fun fact)